My daughter went to her first concert at the Manchester Arena (MEN Arena back then). I remember it well. It was Hear’say, a manufactured band on a TV show called Popstars, a forerunner to the Idol franchises. Your daughter’s first concert is a big deal. She’s growing up….she likes music ‘yay’ hopefully she will grow up and like the Indie stuff…fingers crossed. So it was those emotions that welled up when I first heard of the Manchester bombing and saw the photos. It was an outrageous and heinous act, but for me the impact comes not from my initial visceral response to this act committed by someone deluded by the wrong notions and quite possibly manipulated by zealots for whom the exercise of power must be equally satiating as their distorted view of their religion. Rather it is the subtle impact of it a day or so after that has slipped behind my emotional guard. 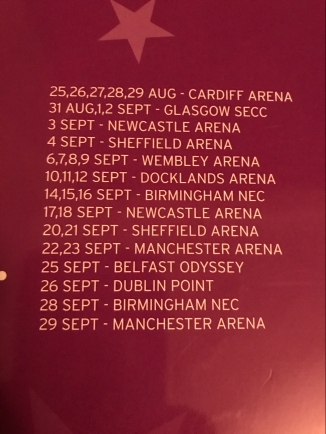 As a parent I reflect on the lost potential of the lives lost. For those who survived to go from the rapture of the moment to a living nightmare will be life-defining. This wasn’t an act that caught people out in the street, it was deliberately perpetrated to target young people enjoying themselves, many for their first concert like my daughter all those years before.

This had me reflecting about my other subtle connections to acts of terror. I first travelled internationally on what turned out to be a 15 year migration to the UK. From Los Angeles to New York we flew on Pan Am and I clearly remember the words painted large on the plane as we were boarding – ‘Isle of the Seas’. That very plane crashed some time later torn apart by a bomb on board over the town of Lockerbie in north Scotland.

My wife and I eloped and married in New York. On our wedding night we went to a restaurant overlooking Manhattan and made a call to our parents. They brought a telephone to our table. I think I had seen that done in the movies. The view was spectacular; one of the best in the world. Ten years later that very restaurant was the scene of some of the most chilling live television ever to be watched as people ‘opted’ to jump from the blazing and falling Windows on the World restaurant in the Twin Towers on 9/11. 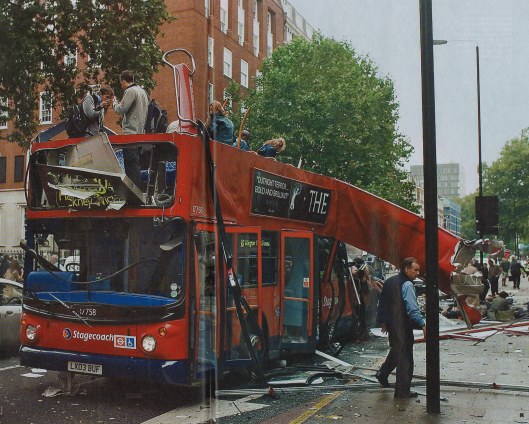 Before we migrated again, this time to Australia, I was working for a company whose offices were in the British Medical Association building in Tavistock Square in London. My local tube stop was Russell Square where many of the survivors emerged dazed and confused on that day in July 2005. The bomb on the bus exploded outside what was my office block.

The recent terrible deaths outside the Houses of Parliament in London happened right where I had many years before had the privilege to be in the crowded press gallery in the House of Commons when Prime Minister Tony Blair debated Britain’s entry into the Iraq war after already giving it the green light. Some may say that in some small way the terror we see today can be traced back to that fateful decision. It in no way provides it any succor or justification. Many Australians would have felt the same pull of emotions when watching those dreadful scenes on our TVs.

Events like what happened in my much-loved old home town of Manchester bring back thoughts of how lucky one can be, and for some, how in a moment their lives are changed forever. My time in that wonderful bruised and resilient city was thankfully not marked by the stain of terror but great warmth and wonderful memories. Communities come together in times like this and Manchester despite its tough exterior is something of a beacon to the world with faith communities joining in solidarity and support. Ultimately religious arguments, within and between faiths, boil down to wanting to be right. My book is the truth yours isn’t. My faith is righteous yours isn’t. My values are pure yours aren’t. This way madness lies.

Coincidentally I viewed a TED Talk today delivered by Ric Elias who was on Flight 1549 that landed in the Hudson River in 2009. Contemplating what he thought was his certain death he was able to distill three core lessons for life. The one that resonates most for me, and I think is germane in this world where terrorism permeates our lives in both outrageous and subtle ways, is this.

If we learn one lesson from the outrages that are perpetrated on our world by the delusional it is that we should prioritise happiness above all else.

In a nostalgic mood I Googled Hear’Say and watched their clip ‘Pure and Simple’ which was their first single and a runaway success. It transported me back to more innocent days, but I am thankful my daughter  has expanded her musical repertoire making her Dad even prouder.