I did something a little odd last week. I saw The Big Short with my stock broker. It wasn’t intentional. I had just settled into my seat then along he came with his family and plonked himself down right in front of me. An ex-Goldman Sachs man, I had cause on more than one occasion to lean forward and give him a reminder nudge (of the ‘nod nod’ ‘wink wink’ variety) or comforting hand on shoulder.

Great movie. Eminently watchable, even for those for whom the world of banking and finance holds little interest. It takes the audience on the magic carpet ride that was the Collateralised Debt Obligations (CDOs) in the US Housing market and the shameless acts of the banks and, worse still, the ratings agencies. The cast were routinely in fine form especially Steve Carell and the very brief interlude by  Margot Robbie explaining what a CDO is, while drinking champagne in her bubble bath, worth the price of the ticket alone.

I once populated the world of Private Equity in London so have some of the flavour of the heady environment, or more accurately bubble, in which these rarefied species exist. In fact I have been at one time a bubble-dweller myself. Never threw a dwarf – I admit- but did see dwarves thrown. It is, by nature, a high adrenaline ride where self comes before team, comes before company, comes before common good. This is portrayed accurately by the Ryan Gosling character as he sets up his company Deutsche Bank for a fall and himself for a windfall (as a funny aside I right clicked Deutsche to get the correct spelling and it came up with douche which when inserted in a sentence as  ‘douche bank’ sounds remarkably and accurately like something else).

I haven’t come here to bury the banks, nor praise them though. I just want to reflect on some issues around the Customer. What the film does very well is show us how little regard was given to the customer in the all the deception that was the CDO scandal. Wrapped up as much more stable than they were, sub-prime mortgages were bundled and then rated as AAA by the ratings agencies and the banks flicked these on as ‘copper-bottomed’ investments to the unsuspecting institutions and the public. There might be those who would suggest that it’s caveat emptor out there and sophisticated investors must be ever vigilant. While schadenfreude is a lovely cold gazpacho, it is worth reminding ourselves that along with the ‘filthy rich’, local councils and charities were duped into what they thought were sound investments and we all suffer as a result.

Seldom does an evening at home pass (except of course on Netflix) that we aren’t seduced by advertising that the banks are wonderful and they really have our best interests at heart. Take for example Steve Smith, our illustrious cricket captain (and good reliable bloke), who with the assistance of Commonwealth Bank (our largest and of which I am a shareholder) helps out a long-suffering cricket Mum with a makeover while he takes the kids to cricket. Who can CAN make this happen? – Commonwealth Bank of course. This is competing with the ‘NAB gets you’ clearly targeted at small business, until they call in the loan and then really get you. Bank of Queensland poses the question as to whether you can really love a bank? The advert’s underlying thesis is you can – BOQ who else? Try asking Bear Sterns or Lehman Brothers account holders that question.

The fact of the matter is a lot of money is being spent duping us, the public, and I think we all know this but tolerate it. Perhaps the difference here between the CDO scandal and the current advertising is we didn’t know what the banks were doing before the GFC with CDOs etc. It would appear Alan Greenspan didn’t so you can’t blame us. The common ground here is that there is a serious and morally questionable re-calibration of the truth in both cases. Take for example Dick Smith going into liquidation with the possibility of workers not receiving their entitlements. If the financial press is anything to go by, the decision by the banks to ‘pull the pin’ was based on timing whereby Dick Smith had received its inventory and sold it but not paid most of its suppliers (Apple and Samsung being two notable savvy exceptions) and cash had been generated by the sale of gift cards, most of which have not been redeemed and will not be honoured. I would love to see the Steve Smith advert re-cast with the long-suffering cricket Mum being given the day off, not to go to the day spa, but truck herself around the shopping centres trying to buy something using her Dick Smith gift card. My hunch is she would look a lot more frazzled on returning at the close of play! 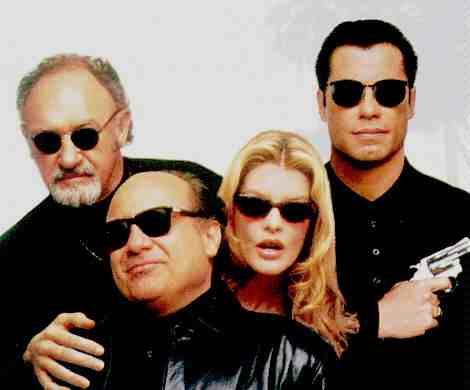 The myth that we have constantly fed to us is that the banks value us as a customer. I had my own first-hand experience lately with my Com Bank Mastercard that put this to the test. Having used the Allianz travel insurance associated with using my card to buy a holiday, I unfortunately had cause to claim based on a delay and missing flights and accommodation in the UK and Spain. Allianz, if their adverts are anything to go by, are a ‘Yes: What’s the question?’ kind of company. Their advert has their lovely Call Centre person going ‘Ah Allianz’ finishing the sentence of the poor fool who had just done something stupid and exclaiming ‘Ahhhhhh!!’. My experience was slightly different. Without drawing this out my response from them was  ‘Ah Allianz…NO’. So I thought I would cancel my credit card given Allianz was merely an agent acting on behalf of Commonwealth Bank. And so I proceeded to do so. That was an interesting exercise in tenacity requiring a few conversations with the call centres. Never in one of the conversations did any of those I spoke to at the Bank ask what they could do to put it right and what would keep me as a customer. I’ve never had one late payment and I’ve always paid in full by the due date. The cynical out there might suggest that’s why they couldn’t care less about me breaking my ties with them. Contrast that with Amex who I rather uncharacteristically had an issue with recently. They asked me what they could do to make me feel valued and while I was putting my mind to that, they proffered 30,000 rewards points. To scale that, I would have to spend $30,000 to get that through my own endeavours. Wow!

At our place we have found as we have moved from the articulation of the concept of cherishing the customer, and put our efforts into actually meaning this, – rather than getting the client to think we mean it – our business has grown. That doesn’t mean you can’t have the stern discussions when needed. That doesn’t mean there are some customers you actually don’t want. But the key here is honesty, integrity and being authentic. These are fantastic characteristics to have in business, as they are to have in life. In The Big Short Brad Pitt plays the character with the conscience. When the two young protégés celebrate when they realise they have just struck pay-dirt when shorting against the housing market, he makes it clear that their ‘whooping and hollering’ is a preface to a worldwide collapse leaving millions out of work and destitute. A timely intervention.

I’ll leave you with some lines from the movie.

‘The banks got greedy and we can profit from their stupidity.’

‘Fraud has never ever worked. Eventually things go south. When the hell did we forget all that?’

‘You target strippers with bad loans?’ ANZ might find this line a little close to the bone!

‘The American people are getting screwed by the big banks.’ You slot a country of your choice in here.

Chilling words and all arising from deception. A deception that is perpetuated in our living rooms every night. Don’t take my word for it, suspend judgement until the final line of the movie just before the credits roll….