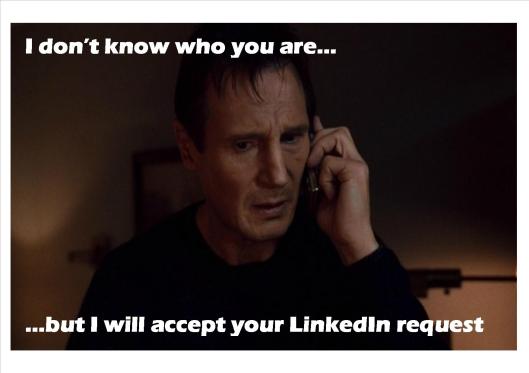 I had the pleasure recently of a six week break from work to drive around Spain soaking up sights, culture, sounds and tastes of this wonderful country. While packing I reflected on how different things are now from travels of yesteryear when I did my first overseas trip. Now, for example, I had to ensure I had the right chargers to cover re-charging two different iphones, our two ipads, my Apple Notebook, my Apple watch (a yet different charger connection), the SatNav for the car, the Crash Cam for the car and a plug for the travel iron (ok some things never change!).

One of the issues that definitely needed sorting before departure was how we might keep in touch. There were requests from work for me to post regularly on Facebook so they could live the holiday vicariously through me. I can’t abide Facebook especially ‘look at me’ foreign holiday snaps so that wasn’t going to happen. Instead I chose to use my iphone for some photos and emailed these through for onward circulation. This worked very well. By the way the iphone out-performed its much more expensive and sophisticated Lumix counterpart in a number of situations particularly in low light and at night.

Then there was the issue of being able to do emails and texts on the run. A travel sim was the answer particularly given the potential for mobile calls in case of emergency without fear of breaking the bank. All went well until day two when my travel sim corrupted, coincidentally at the same time that I lost the entire itinerary that I had worked methodically on for the previous three months. That’s another story. So here we were in Spain with no operable sim. The solution was to rent a dongle from the car rental company who rather disappointedly gave us one with enough battery retention to last an hour without being attached to a charger.

We found ourselves, it seemed, in Spain gloriously without too much of an idea of what we were doing and not a great deal of means to connect with the outside world, short of getting our dongle juiced back up on return to our hotel room. Bliss! Two things that had the potential to derail the trip from the outset, ended up being the major contributors to the fantastic time we actually had.

Driving around Spain is no mean feat. The roads between cities are amazing and contrary to what expectations might be, the hot-headed Gallic temperament was never evident on the road (nor anywhere else for that matter). Everyone seems to know how to drive sensibly on their motorways and does so. We could learn so much in Australia from the Europeans. In the towns, however, the situation changes. Not so much because their temperament changes, but because the streets are so narrow and are often filled with tourists and, on one occasion, a band playing a gig preventing us from accessing our hotel. You very quickly learn to adapt and go with the flow. Focus is essential to not only find the right location but to actually get there safely and parked with all bags unloaded.

You can imagine my annoyance then to be woken during the night by the pinging of my mobile phone causing me to pick it up and read it in case it was an urgent message from our 18 year old left at home on his own for the first time to cope. Without exception each time it was a LinkedIn message, generally someone wanting to connect with me. At this stage of my career I don’t have the need for ego stroking to embellish my particular importance (or lack thereof) within the pantheon of management. So I know when I’m getting ‘invites’ from merchant bankers and investors from the likes of Kuwait, Abu Dhabi, Dubai etc that these are not serious connections. Some of the phone ‘pinging’ was from distantly connected ex-colleagues, or people I have done momentary business with recommending me for my various skills. Project and change management seem to feature really highly for some reason. Invariably these assessments of my skills come from people who have had no involvement and therefore no knowledge of my skills sets in the areas in which they are freely (glibly) commenting. One particular ping that woke me was even more annoying because it was neither a connection request, nor a skill recommendation but a LinkedIn message from a Margo F saying:

‘Good luck with the kids Barry, you probably need it..have a great time out.’

Heads up Margo, the name’s not Barry. So while lying there worried about getting enough sleep to be a safe driver in a left hand drive car in a far flung foreign land it got me thinking about the utility of business social media like LinkedIn and here’s what I concluded in the early hours.

Like most things in life, LinkedIn is a mixed blessing. As my Mum used to say ‘moderation in everything’ and this clearly applies to business social media sites like LinkedIn. Let’s not fool ourselves that it doesn’t quickly become narcissistic and frankly it doesn’t make me one iota of a better manager if I have 3,000 connections or three. It’s just a by-product of a linked world and one that we have to live with deriving some value from it when we can. It would have been nice though, in my brief moment of respite from the all-pervasive imposition of communication technology while in Spain, to have just had the humble old alarm clock to wake me. Yeah I know my alarm clock IS was my Apple watch but hey I’m not saying all innovations are bad!