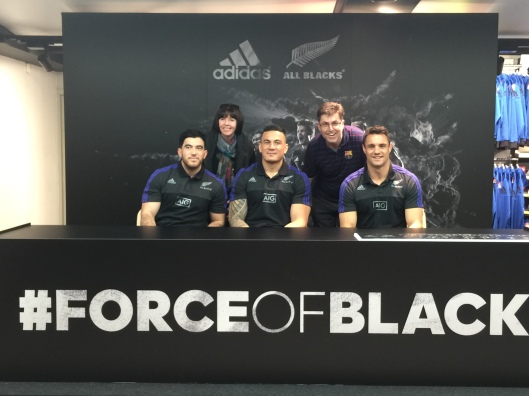 I had the privilege to live a good part of my life in Manchester (well Trafford really) so my local team was Manchester United and I was there for the glory years of Sir Alex Ferguson. In fact I still have a clock whose alarm is a recording of the commentary of Teddy Sherringham’s and Ole Gunner Solskjaer’s goals in the 1999 UEFA Champions League final against Bayern Munich. We were 1-0 down with 3 minutes of extra time on the clock and came away 2-1 victors. Imagine waking up to that every morning! I noticed the other day that Sir Alec, the most successful manager in the history of football, wrote a book last year about leadership simply called Leading.

I’m pretty ambivalent about getting leadership advice for business from the sporting world, be it from successful captains or coaches of the past. There’s a world of difference between sport and business, despite the fact that sport is big business. In sport:

That said there is no shortage of ex-coaching soothsayers selling their wares in how to motivate your ‘team’ and make your business better. John Buchannan ex-coach of the Australian Cricket Team is a good example but there are many others. We’re often told it’s about good ‘man management’. CEO’s have to be good people managers so getting a pep talk from our sporting counterparts is maybe not so enlightening for us.

The weekend saw the failure of our beloved Wallabies (Australian national rugby team) to once again lift the Bledisloe Cup, one of the most coveted prizes in World rugby behind the Webb Ellis Cup (World Cup) and the Six Nations. Given some coaches penchant for giving us CEO’s advice I thought I would throw my hat and not inconsiderable experience as a CEO (20+ years) into the ring to provide advice in the opposite direction. In this case to the Wallabies Management on how they might build to achieve success. Here are my ten habits of a successful team:

Lesson one. Respect begets loyalty and loyalty begets respect. I’m thinking way deeper than the players respecting their coach and vice versa. I’m talking about respect for tradition and team values, respect for your paying customer and respect for all those associated with the game especially those officiating it.

Lesson two. Humility eats arrogance for breakfast. Legendary All Black Ritchie McCaw and his fellow senior players stayed behind after every rugby test and cleaned the dressing room. Sir Peter Blake, legendary America’s Cup captain and round the world racing yachtsman, would have his entire team on a roster to clean up the sheds, regardless of rank. I stack and empty the dishwasher at work. When no job is too small for a manager then no-one can complain about a menial task they might be assigned. When in the thick of it and your captain makes that clarion call for effort of ‘one in, all in’ you are more likely to go shoulder to shoulder with them if you have been shoulder to shoulder with them in a more mundane situation. Arrogance breed entitlement and there is no quicker depleter of confidence and energy than entitlement.

Lesson three. Aggression without purpose is wasted energy. ‘Punching above your weight’ does not actually involve punching. Putting ‘niggle’ in to draw penalties from your opponents is actually a zero sum game. Strive to win through fair play because to win otherwise lacks authenticity and players, sponsors  and spectators can smell that a mile away. Discipline eats aggression for breakfast.

Lesson four. Accept your own failures and don’t blame others. I looked on Amazon for books about referees who reversed their on-field decisions when a penalised player complained. Guess what? I couldn’t find any. Captains who constantly whinge to the referee are amplifying their frustration to their players and the lack of confidence this builds becomes a contagion. So what you were unfairly penalised? The rub of the green invariably goes to the positive side. Taking referring knocks on the chin and not getting knocked sideways by them is the mark of a confident team.

Lesson five. Patience. You can’t re-build if you don’t have a trajectory just a ‘jam now’ mentality. To be constantly at the top is a pipedream in any sport, be it the Chicago Bulls, Manchester United or the All Blacks. When you are re-building do just that. There is no need to lose shape, form and experimentation in the pursuit of every game being a must-win. Look to building a positive trajectory and forward momentum. If your end point is your start point you have a flat line.

Lesson six. Be savvy and learn from others. If you see something working in another team break it down and look at how you can learn from it. Do it from post-match analysis and not pre-game bugging though. If you can only win by stealth when those crunch moments come the lack of physical fibre will be obvious because moral fibre will be missing. 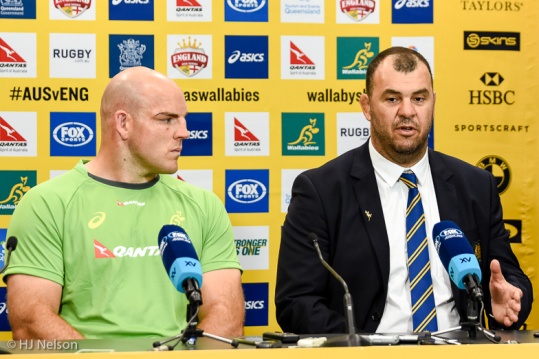 Lesson seven. Consider your brand. How do you look on-field? Perhaps more importantly how do you conduct yourself off-field? The Wallabies are one of the most slovenly teams I have seen in a long time. Wear a blazer, comb your hair, have a shave. Did you learn nothing from De Niro in The Intern? Also when you are the coach be mindful that lots of kids watching the game can see your reactions and they can lip-read. So too can your players on the field. When you as leader lose it what are they to think? Behaviours are mirrored and good and bad habits get reinforced. We choose which ones we want to be an exemplar for. That is leadership!

Lesson eight. A winning culture does not mean you have to always win. To be winners there are a number of KPIs to achieve and the final score is just one of them. Creating a positive culture is one that appeals to sponsors and spectators alike. A siege mentality might, for a short time, draw a team together but having a constant enemy (i.e. everyone else) saps energy and cannot be sustained for the long haul. Think about a broad range of parameters that define success not just the scoreboard.

Lesson nine. ‘Us versus them’ only exists when on the field. Think about a life after the game. Camaraderie will become important especially when the all too short sporting career comes to an end. Even though teams might be rivals, relationships are enduring.  Competitors in business will still meet at functions over lunch and get on; the same must go for sportspeople. Forge relationships that will empower you after your career. This is a lesson for players and coaches. Even the volatile Sir Alex forged friendships with coaching rivals such as Gerard Houllier, Jose Mourinho and Arsene Wenger.

Lesson ten. Learning how to win humbly and lose with grace is a lesson for sport and a lesson for life. I’ve always been wary of the over-the-top post-try celebration; the swan-dive being a prime example. What say you do that but lose the game? You look a tool that’s what. Humility when scoring a la McCaw or Reid becomes a standard that other players emulate. There is a good rationale for keeping your emotions in check (or in Cheika!) because the opposition are coming right back at you and you need to stay focused. After the game the degree to which you are magnanimous in defeat or victory shows character and more often than not character wins games when it gets tight. To immediately blame the referee or cheating opposition in the aftermath of the game for your loss speaks volumes, not about the referee or opposition,but yourself.

Bill Shankly, famous Liverpool football manager, once commented. ‘Some people believe football is a matter of life and death, I am very disappointed with that attitude. I can assure you it is much, much more important than that.’ That was very tongue in cheek from a sporting club that has had its fair share of tragedy over the years, but keeps a winning way about it despite not always being at the top. Perhaps Kipling’s lines from his poem ‘If’ are the best manifesto for sporting success? To me you are a real winner;

‘If you can dream – and not make your dreams your master;

If you can think – and not make your thoughts your aim;

If you can meet with Triumph and Disaster

And treat those two imposters just the same.’