We live in complicated times. Donald Trump, ostensibly the leader of the free world (and somewhere implied in that moniker is the concept to some extent of moral leader) has made an art out of the half-truth, distortion and out and out lie. Boris Johnson, his UK analogue is cut from a similar cloth. He’s just become the new occupant of number 10 Downing Street.

Holding aloft a smoked kipper recently, to rail against the petty and burdensome regulations imposed by the EU he declared that an unshackled Great Britain would be able to avoid such bureaucratic nonsense when it wrestled back sovereignty from Brussels. Ever fluid with the truth, it took fact checkers a nano second to discover that the very regulations that were the basis of Boris’ confected outrage were, in fact, imposed by the UK government without any involvement of the EU. Never one to be overly burdened with the concept of truth he has shamelessly pushed on with his public pronouncements without feeling the need to make any correction. Such untruths might seem, on the face of it, no ‘biggie’ but reflecting on the Brexit vote many floating voters were persuaded by the fact that the NHS was, according to the Brexiteers,  likely to face an attack from the EU. That lie was exposed after the referendum and as we now know, too late in the day to save the country from the three years of stagnation that has occurred since. Even little half-truths and distortions can erode at our ability to root our right from wrong. As Gandhi said “truth never damages a cause that is just”. An untruth on the other hand is highly corrosive.

From a neuroscience perspective we are hard-wired to accept truth and sometimes hold onto a belief even when we find out subsequently that we were not told the truth in the first place. An experiment by Tali Sharot and Micha Edlson of University College London proved this point. They got a group of volunteers together and fed them misinformation. They then called them back and ‘fessed up’ as it were. What was perhaps surprising in this study was the fact that around half the time even when knowing they were fed misinformation, the volunteers continued believing the first false information they were fed. There are a couple of explanations for this. The most obvious and perhaps crudest is that fact that first impressions are lasting impressions. The more sophisticated explanation is that neuroscience has shown that if the amygdala (i.e. our emotional centre) is aroused with the first lot of misinformation it is much harder to actually change the mind of a person when the truth is finally revealed.

Boris, Kipper in hand, and the undermining of the NHS were both examples designed to arouse emotions. The NHS is such a dramatic case in point as it has consistently been voted the most trusted of the UK’s public services in surveys. Clearly those putting together the election campaign were across the neuroscience. Put like that the presentation of lies and distortions sprinkled like confetti by Trump and Johnson are sinister in a Machiavellian way.  Trump’s recent, highly calculated, tirade against the ‘Squad’ is another stark example. A chorus of ‘send them back’ at a recent Trump rally were clearly not perturbed by the awkward truth that three of the four protagonists were indeed born in the good ole USA.

But should we be surprised by the verisimilitude of truth in the stead of actual truth? Trump and Johnson didn’t invent this stuff. They had good forebears. Tony Blair massaged the truth of weapons of mass destruction to take the UK to war in the Middle East. He did a good job of it too. I had the ‘privilege’ of actually being in the Press Gallery of the House of Commons to observe him debate joining forces with George W, despite having already declared war. He convinced me! Across the pond Donald Rumsfeld introduced into the modern lexicon the notion of ‘known knowns and unknown knowns’ etc. which, as Richard Cohen of the Washington Post observed, was a way of frog marching us into ‘a semantic quagmire in which there is no such thing as truth’.

So the truth matters. It’s not only getting eroded in politics though. In business the exposure of malady at the Banking Royal Commission revealed a deep fissure in the culture of companies where lies and the promotion of deliberately adverse recommendations to customers have been a common feature. These have all been done in the interests of the corporation. There weren’t the ‘ratbags’ you see every night of the week on ‘A Current Affair’ ripping off old grannies. These were publicly listed companies, the bedrock of our superannuation funds with finely manicured value statements.

Corporate mistruth is pernicious. Failure to advise the market of vital information, or misrepresenting your accounts like presenting short-term debt as long term debt on the balance sheet are all too common examples and lies that have dire consequences for the unenlightened – normally mum and dad shareholders. Corporations don’t live in isolation. They reflect society as a whole. Even our nightly television is littered with distortion and half-truth. No wonder there is a culture of disbelief and willingness to be scant with the truth. Trailers for reality TV shows are littered with distortion. This may seem like a long bow connection between the ‘sins’ of Trump and Johnson but the slippery slope has to start somewhere. 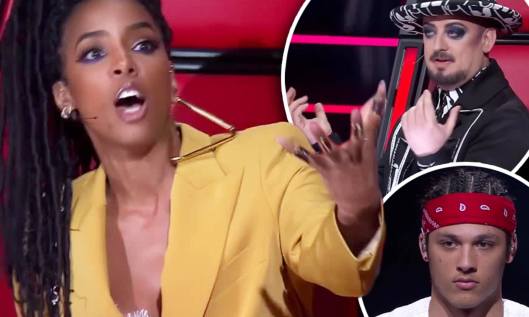 How often are we shown a snippet to tease us into watching a show segment only to find out that the editing created a certain predicted tension that doesn’t eventuate, or if it does, is far less dramatic than telegraphed. If I had a dollar for every time ‘The Voice’ judges, for example, were about to go into total meltdown I wouldn’t be so badly under-superannuated. How often are we led to believe that there is spontaneity only to find out the whole thing was scripted?

Take under-siege celebrity chef and Master Chef presenter George Calombaris. His failure to pay the appropriate entitlement to his workers (by the staggering sum of around $8m) would indicate that he is perhaps not as up front as he should be. Watching his cooking performance last Sunday night based on a role reversal where contestants became judges and vice versa, he and fellow Judges were given a ‘mystery box’ and had to cook something inventive in 60 minutes. Now I’m no cook but a record turntable isn’t a staple cooking utensil, at least not in the establishments I frequent. George, confronted by a range of ingredients he had to whisk up on spec, without prior knowledge, duly produced the record turntable from beneath his bench where, supposedly one would store their blender. This was all in the aid of producing  a spiral pattern with his ganache, or was it his jus, or whatever you call that sort of tangy swirl on the plate. Not in the same league as short paying your staff, or using racial slurs to incite divisions in society, I’ll warrant, but at what point does manipulation of the truth start to become an issue?

Much more malleable minds than mine are being exposed to untruths, lies, distortions, exaggerations and we just accept it now as the way things are done on TV. We have a duty to protect the innocent and the truth as well. It’s time we started to press (club) home the truth in society, politics, corporations and, yes, even reality tv for all our sakes.