I haven’t done a blog so far in August and yet I smashed out six in June and two in July. The reason? Well partly a dearth of material, but primarily because I have got into very short-form posts to LinkedIn. They are pithy (some might say pissy) little truisms or nuggets of wisdom that pop into my head from time to time; sometimes at the most random moments. I write them on a flipchart, take a photo, post it and Bob’s your Uncle. I call them #philiped chart – a play on the word ‘flip’ and my name ‘Philip’. Clever huh?

So over the weekend I paused for breath and had a moment to reflect. This reflection time had me pondering the sort of nano-second world we now live in. Everything seems to be about speed and expediency, meaning activities that are more contemplative in nature tend to get relegated to the ‘too hard basket’ or ‘can’t find time basket’.  We’ve all seen examples of the glib sound bite wisdom, especially LinkedIn memes with some words of wisdom, be it for life and happiness, or how to manage our company or make a million in a week. I’m dismissive of such banality but over the weekend it dawned on me (somewhat late you might think) that I’m caught up in perpetuating the very thing I dislike.

So instead of just lamenting the near demise of long-form and considered written matter, I thought it might be worthwhile considering the implications of the new normal and how it came about.

It probably started before texting and Twitter. The beginnings of this demise can probably be charted back to the advent of television where entertainment was brought to us in a lazy fashion. At least with radio there is the engagement of the imagination. Less books began to be read and before long newspapers – a very good example of long-form journalism –  were flirting with the idea of shortening their pages. First cab off the rank were the tabloids in the belief that their readership wanted their news in more bite-sized chunks. You are hard-pressed today to find even the quality newspapers (broadsheets) produced in the old large format. Necessarily this means more considered long-form journalism is less evident. 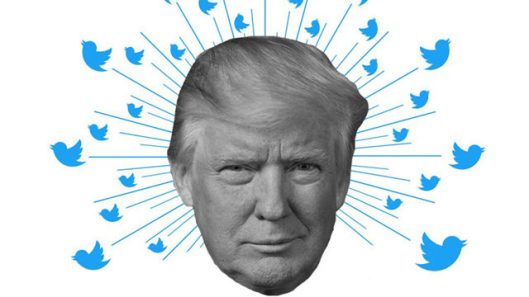 With texting came the expediency of getting a quick message off while the thought or conversation was hot. The days of the well-penned letter well and truly behind us at this stage. Then Twitter forced us to be deliberately succinct to the tune of 140 characters although 280 are available to some. In business there is a tendency to applaud such focus. No-one likes a meandering meeting with no real purpose right? Caution is needed though because not only can little thoughtful communication be conveyed in such a few characters, but the compunction to be brief can deliver dire consequences. The infamous Trump tweets have wreaked havoc across the globe with traditional allies often getting flamed by him. Were Trump to pen his thoughts in a broader manner and expound on his reasoning for the position he was taking, then no doubt the end result would be less inflammatory. As a result of the current trend to brevity, world tensions are now much higher. 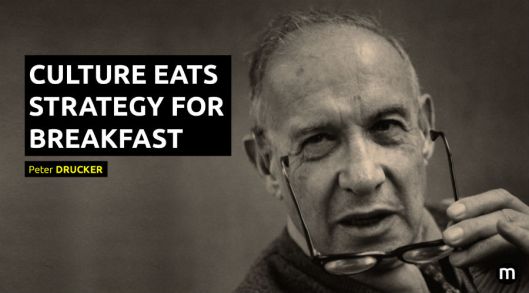 Then came the memes and LinkedIn which was my starting point. A few words placed beneath a  picture of a tranquil lake, while on the face of it harmless enough, can often  be anything but calming for someone experiencing grave difficulties in their life. A glib line that pays no homage  to the travails, scars and complexities of difficult situations does little good and is patronising at best. Knowing that ‘culture eats strategy for breakfast’ for example  is not really that helpful. It kinda suggests to me that the person dispensing this ‘wisdom’ has actually got that sorted and is reaping all sorts of benefits from doing so…a certain smugness comes through. What would be more helpful is a detailed exploration as to how one might get strategy implementation through developing and nurturing a culture whereby everyone knew the strategy, and was clear in their role to achieve it and worked assiduously to make it happen. Sure longer words but, more importantly, a lot harder to make happen.

Recently I saw on LinkedIn the employability skills required to make us thrive in the age of digital disruption. Rather surreptitiously they all began with C. They were:

That’s how this whole sound-bite wisdom works. There has to be some short sharp pattern. Like they all begin with ‘C’ for example. Life and management are much more complex than that, but perhaps that upsets the narrative and pattern too much. That had me thinking. Perhaps other letters of the alphabet might also be applied to the skills of the future. Here’s what a quick bit of procratiworking got me:

I got on a roll and then thought ‘hey what about B’. Bit tougher this one but came up with:

C’s already been covered so what about ‘D’

So you see it’s not that hard to be glib. The fact of the matter is that the complex nature of managing in an organisation, or leading it, requires just three things (isn’t this me being reductionist?):

As suggested, this incorporates a huge array of skills and experience that cannot be contained within one letter of the alphabet.

If we are to achieve in improving our business delivery and leadership, it is unlikely that this will occur as a result of a nano-second eyeball capture on LinkedIn. In fact, most genuine entrepreneurs will talk about the hours of hard work and risks taken in order to become the ‘overnight success’ from their ‘genius’ idea. The same is true of effectively managing people and strategy. This can only be done effectively through life-long learning and having a raft of theoretical and practical skills that are constantly added to and updated. At times LinkedIn appears, in management terms, to be the equivalent of classified pages of old newspapers that carried remedies for everything from baldness to hearing loss. There are no simple one silver bullet fixes all ailments here. There ain’t no Rawleighs for management ailments!

The best solution to improving your business outcomes and managing your people for mutual advantage is to have a means by which best practice is available to you in long-form. Having peers with whom you can discuss issues and challenges with face to face, rather than a ‘like’ or ‘comment’ from one of your 800 odd connections, is much more enlightening. That’s why I have joined the Institute of Managers and Leaders and that’s why I sought the Chartered Manager status. The access to quality advice, peers, long-form research and insights provides a great opportunity to keep current in a world increasingly bombarded by little snippets of ‘wisdom’; not unlike what I contribute to most days that distract and dumb down the complexity of modern management. Sometimes too much condensed wisdom makes me want to ‘philip my lid’!