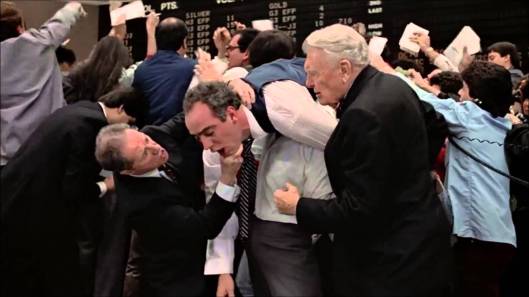 It’s not like me to do a purely business blog as my regular readers will know. But hey it’s a new year so let’s break with tradition. In a rare moment of foresight in 2016 I spoke to our brokers about our holdings in Wesfarmers (one of Australia’s best performing publicly listed companies) when I heard they were contemplating a foray into the UK DIY market. I don’t profess to be much of an analyst, but having spent literally years of my life in DIY stores in both the UK and Australia I can say I am something of an end-user expert in both markets. On hearing of Wesfarmers ‘ambitious’ plans for Bunnings in the UK I put our brokers on watch. When it was confirmed, a sell order went in.

News recently of the write-down of the UK division of Bunnings (a Wesfarmers subsidiary) finally vindicates my position. I’m ok, but by no means could you call me  a savvy investor, but I spotted the problem when very few others did not. Certainly Fairfax media didn’t (publishers of the Australian Financial Review). I wrote an email to Michael Smith of the AFR on this very topic in January 2016 and got the response back that then CEO Goyder is ‘notoriously conservative  with acquisitions…and I tend to think they have done their homework..’

Turns out they hadn’t. This had me thinking about cricket and our recent Ashes win over the ‘Poms’. At first glance there may be few parallels between cricket and retailing but let me argue the counter-point. In cricket barely any nation wins away from home. Pitches are prepared (doctored – is that too harsh?) for home players who exploit their superior local knowledge. Same is true for retailing. Local retailers know local markets and consumer patterns best. While the drive to do DIY might be a universal one, the patterns of buyer behaviour vary nation by nation. To think you could supplant your Australian based stores ‘lock stock and barrel’ into an already well serviced market thousands of miles away is folly.

What troubles me as an investor is that this now pretty apparent folly went unnoticed or unchecked,  begging  the question about what layers of defense were breached permitting this foolhardy decision to slip through the the keeper as it were! Firstly the proposal must have gone to the Wesfarmers Board. How on earth the proposal could have been given the green light by this august body of men and women with decades of experience in the business world between them is beyond me, and I suspect millions of Australian superannuation holders who each have a stake in Wesfarmers performing well. Wesfarmers has a Board of nine and by no means could you call this lot ‘knuckle heads’ despite making a ‘knuckle head’ decision that wiped squillions ( well in excess of $1bn) off the value of the business. I can only speak for my company but that would have me at home on seek.com.

Every Board of repute, and certainly my little old Board, has an enterprise risk management framework which is a risk blueprint for how the unhappy bedfellows of opportunity, safety and  compliance can get along. Nestled in this lengthy tome will be a couple of key nuggets – risk appetite and risk tolerance. By all accounts these were not considered at Wesfarmers and it alarms me as to why not. It would appear that this fundamental tenet of governance (governance 101), whereby the Board has a pre-determined risk appetite and this informs decision making, was absent. To have entered the UK DIY market against the strength of B&Q in a country in the northern hemisphere known around the world as a nation of shopkeepers beggars belief. To get that through surely their risk appetite was set at ‘we’ll give anything a crack’. 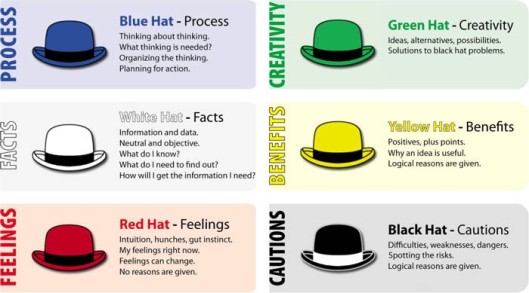 There are a couple of possible reasons why the Directors (representing us as shareholders no less) were asleep at the wheel. The first place to look is neuroscience. Aside from ‘group think’ which most people are familiar with, there are a number of other strategic decision making traps that I would assume the Directors are cognisant of and  have strategies to ensure don’t arise. If optimism bias arose how was this checked? Did the Directors all wear the de Bono black hat on the UK Bunnings expansion idea? If so they can’t have worn them for long.  Did they snap shut the window of realism too soon because each Director thought that the others must know better if they were all speaking for the motion – a  phenomenon known as pluralistic ignorance. This is social psychology 101 which was exactly where I learnt it. Was there, what Karl Weick of the University of Michigan calls, consensual neglect? Or diffusion of responsibility perhaps? These are smart people. There are at least 16 Bachelor and Masters degrees in the mix according to their profiles (with the exception of Tony Howarth  AO who doesn’t include his qualifications). Come to mention it there are three Directors with Australia Awards (two AOs and an AM).  So I think I would be doing a disservice to them even suggesting that they don’t know this neuroscience and psychology stuff. 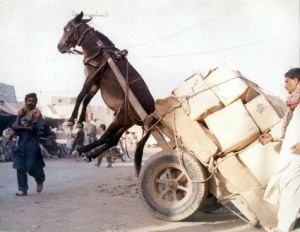 There must be another reason. That took me to the Wesfarmers website and the Directors’ own profiles and I think I might just know how this so called ‘debacle’ (AFR 9 Feb) came about. A quick glance there will show that this is a very busy group of individuals. In fact their corporate governance must occupy much of their working lives and beyond. A rather startling fact for me was that between them they share 45 Directorships, or roles I would equate with being a Director and 11 Chair roles. Take out one performer who seems to have a light, but you might consider appropriate workload, and the average Board/advisory involvement rounds to 7 each! The US Glass Lewis Policy has a limit of 5. Rules of thumb around this in Australia seem hard to find but I recall Governance Australia saying once that three was a maximum figure and only two if you had a Chair’s role. Well under the Wesfarmers average.

I would have thought the cognitive capacity to consider and properly evaluate complex proposals brought to the Board table is diminished by the complexity and involvement in other governance activities. Putting the obvious question of potential conflicts of interest aside, it is hard to understand how the right amount of fresh thinking time can be devoted to complex, time consuming tasks that can impact the lives of everyday Australians when pulled in so many different directions at once. By the way there is a legal duty under the Corporations Act 2011 to certain obligations and fiduciary duties apply.

If Wesfarmers is to get this right and get their ‘swagger back’ (a la Andrew Formica) a good place to start might be delayering the amount of distraction that the Directors, whom we entrust as Shareholders to do what’s right by the Company, have in their governance portfolios. Let’s be honest we all want Wesfarmers heading north not south. Oops that’s what got them in trouble to begin with!