I was explaining to a youngster over the Christmas period, the old process of accessing entertainment, specifically films to watch, which required a visit to Blockbuster. It generally involved disappointment if you left the run too late to find that the new releases had all been rented by someone else. I was going to go further and talk about getting your camera film developed, but the incredulous look on their face gave me a hint that that might have been a bridge too far already!

Of course, nowadays the inconvenience of having to get your timing right to get to the ‘video store’ and possibly missing out on your desired movie of choice, is a thing of the past. Thank god you might say and to a degree I’m with you. But I still find now, with streaming and poor bandwidth, that if I don’t get my timing right I’ve left it too late for the movie to buffer enough to either watch the film in the first place, or watch it with a degree of fidelity that makes it an enjoyable experience. This is particularly true of Netflix, Stan and TV on demand.

This got me thinking about streaming and its impact on our lives, not only now but into the future. My first reflection is the impact streaming is having on our willingness to wait. This has pretty much been trashed by the always available on demand nature of streaming. In years gone by, the anticipation of the next episode of a TV show that would be on the same night, at the same time a week later, was half the fun. That’s why VCRs were invented – in case you had a function to go to and would otherwise miss your show. In days gone by the conversation next day at work or school etc. had everyone on the same page. Nowadays the conversation goes more like. “Have you been watching [insert programme] on Netflix?” If the answer is ‘no’ it’s generally followed with “well you should it’s great”. If the answer is ‘yes’ it’s followed by “what episode are you up to?” And there ends the conversation when you realise you are both out of sync. No-one wants a spoiler. Not really the in-depth conversation piece of a few years prior when you both were on the same page, as it were, episodically speaking.

The second by-product of this unwillingness to wait is its spill over into other areas of our life. We start demanding things now and our patience for the delivery of content whether it’s music, films or stuff from Amazon has been eroded to the point that customer fulfillment has become the supply chain issue of our generation. It also means though that there is precious little time planning. No big deal you might think but it has significant issues in the business world where last minute demands aren’t as easily fulfilled as a downloaded TV show. Take ordering concrete for a large pour on a block of apartments. You can’t just ring up and get that delivered within an hour or so. Planning they say “prevents piss poor performance” but this concept is fast achieving second cousin status in our work lives and especially our non-work lives. As any successful business person will tell you, planning, goal setting and evaluation are the three core underpinnings of business. The ability to do this, especially planning ahead is associated with the development of the third and most recent part of our brain the neocortex. To take this out of the equation of our lives will seriously impact our neurological health, not to mention our business.

My next concern and trend in streaming is curated content. I noticed this first in the early days of Amazon when doing an on-line CD (a disc upon which digital music was compiled) purchase. It went something like ‘other buyers who bought this also bought…’ Without realizing it I was getting my first taste of the echo-chamber. Nowadays Apple Music or Spotify can curate your musical content and with iTunes you can buy the songs you want to hear from a myriad of albums (originally a large piece of vinyl upon which a band recorded their latest content) without buying the whole thing. Great for your wallet not so good for expanding your horizons. 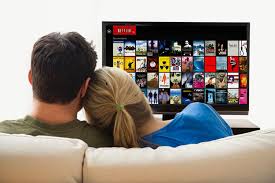 Netflix similarly – although I think with less precision – is sending similar content to me on the basis if I liked that, I’ll like this… The problem here is with neural pathways. New experiences that challenge and arouse create these new pathways expanding our brain and sometimes generate the neuro plasticity that has featured in recent years in neuroscience research. If we get fed the same content, without exposing ourselves to new ideas, our brains will actually shrink. We used to have a phrase for this – we become ‘narrow minded’. Funnily enough this is a reasonably accurate description of the physiological impact on our brain of not expanding our horizons and trying out new experiences or stimuli. 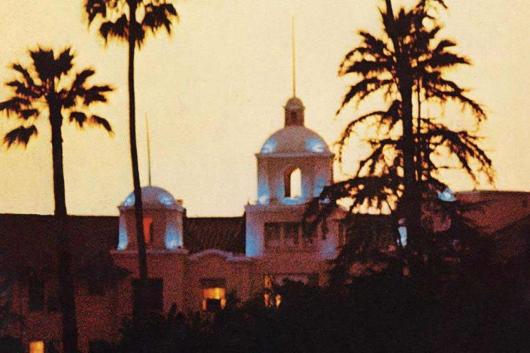 There’s a less significant but nonetheless important loss also from this and that is the delight in the unexpected. If you bought the song ‘Hotel California’ by the Eagles you will have missed the gem that is ‘The Last Resort’. If you bought ‘Werewolves of London’ by Warren Zevon that features on his album Excitable Boy, you would have missed the classic track ‘Lawyers, Guns and Money.’ If you watched say Daredevil by Marvel on Netflix, you will have been encouraged in the direction of Luke Cage, Iron Fist et al.

Chances are you would not be pushed in the direction of the excellent The Bureau (French) or Das Boot (German) television shows because curating doesn’t spread its net like that, plus it’s on the SBS on demand service not Netflix. Expanding your entertainment viewing boundaries is another way to expand your horizons and therefore develop new neural pathways. What we ingest for entertainment is like the food pyramid whereby ‘a little bit of everything’ and ‘everything in moderation’ holds true!

My third and final concern links to this last point. As bandwidth increases so does the size of the signal through your streaming service. I’ve been watching 4k lately (Westworld) and it’s hard to see how that fidelity can improve. I’ve been watching it on 4k blu ray in case you think this contradicts my earlier point. So what might add to the size of the signal hitting your TV or mobile viewing device? I think the next big step to come, and streaming technology makes it possible for the first time, is highly personalized mass customization (HPMC). My streaming service knows me precisely. For example if I bail early to get a good night’s sleep (a further casualty of our streaming fixation – but that’s a subject of a future blog) I pick up precisely where I left off next time I connect. Couple this with information online harvesters have on me and it’s highly likely that this will feature in content in the future.

We won’t tolerate advertisements in a Netflix show but would we tolerate advertisements within a Netflix show? With high processing power and bandwidth to spare it’s possible, I believe in the not too distant future, that when watching my show of choice (and they know what I’m watching and therefore can predict my future watching patterns), to have a direct appeal or reminder to me encapsulated in the show itself. Product placement will become old hat and viewer specific placements will take their place. Is having a Dell computer placed in a highly visible position in a cop show going to target me more effectively than a Dell monitor in the scene scrolling a message reminding me that my car insurance is up soon an and Budget Direct will offer me a 15% reduction on what my current insurer is offering?  I think not!

If my favourite basketball player in the world is Kevin Durant, how chuffed would I be to read off the front or back of his jersey a personalised message to me loaded onto the green screen patch affixed to that jersey. My neighbor watching the same game at his place would be getting a very different message targeted directly at him on that very same jersey. Highly effective, hugely valuable for the product and advertisers, but immensely annoying and potentially corruptive. If politicians got hold of this, or unscrupulous operators at state or corporate levels then the very fabric of our democracy and sanity might be at risk.

So next time a younger person is extolling the virtue of streaming and sympathizing with you about all those forlorn trips to Blockbuster, just beware that everything comes at a price. Streaming may turn out to be both detrimental to our health, as well as the democratic process. We might find the price we pay for convenience is too high. The intrusion into our lives of streaming services might well be akin to some dystopian 1984 vision and we need to take heed. But the younger generation won’t know this it was written well before they were born and with no Blockbuster it’s real hard to get your hands on the movie!