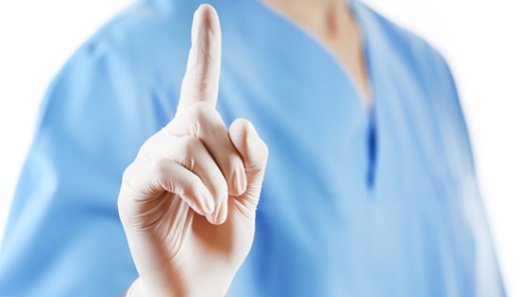 Second in my Men’s Health blogs this week is a discussion about the prostate.  This walnut sized gland seems to have more mystery and myth surrounding it than any other part of the male anatomy or perhaps for that matter the human anatomy. Part of the reason might be it’s hard to get to  located in a pretty crowded spot down there. It’s our semen producer which is the transporter of our sperm and it’s alkaline assisting our swimmers to survive in the acidic environment of the vagina. Clever huh! As a possible ‘pub quiz question’ the base of the prostate is located at the top of the gland and the apex at the bottom. That is by no means the end of its quirkiness.

Let’s first look at the stats. In 2018 it is estimated there will be just under 18,000 new cases of diagnosed prostate cancer which constitutes around 23% of all new male cancer cases. Regrettably around 3,500 men will succumb to the disease this year. New diagnoses of prostate cancer in men and breast cancer in women are roughly the same each year, but more men will die this year from prostate than women of breast cancer.

Where the disparity really kicks in though is the spending on research. While broadly speaking death rates are similar between the sexes for prostate and breast, the research spend does not reflect this  ratio. In fact according to Business Week there is a huge and statistically significant disparity in both research dollars by two to one. In other words, around twice the number of dollars goes to breast research than prostate. It is reported that for every prostate cancer drug on the market, there are seven used to treat breast cancer (US figures in both cases).

We all know about lies, damn lies and statistics so it is worth pointing out that the mean age of deaths from breast cancer and prostate cancer are different with the latter being a more late-onset disease thereby being responsible for deaths in older men rather than younger men when compared to breast cancer. Also worth pointing out is the agreed efficacy of testing for both types of cancer. It is fair to say that there are now well-established protocols for testing breast lumps that may be breast cancers and some exciting genetic therapies are on the horizon. Not so much for prostate cancer where the Prostate Specific Antigen (PSA) test is acknowledged as a pretty blunt instrument for indicating the presence of cancer, plus the actual diagnostic tool – a prostate biopsy – is still somewhat mired in controversy with how many holes to drill. The higher the number the more likely cancer that is present will be found, but so too the possibility of septicaemia and potentially death.  That said, there is good news on the horizon according to Harvard Medical School with multi-parametric MRI (MP-MRI) being a preferred substitute in place of some biopsies

We could sit here and bemoan how men have drawn the short straw, or do something about it. Perhaps the key factor in the larger research dollars for breast cancer is the activism of women who decided something needed to be done and just got on and raised awareness and money along the way. There are seemingly no end of runs and walks for breast cancer. There are even breast cancer rounds of our national rugby league where the teams wear pink. There is a pink day for the McGrath Foundation supporting breast cancer nurses at the cricket test in Sydney each year. These red-letter days are in men’s sport no less. And yet, confusingly, there are no prostate rounds or prostate days at the cricket. Time that imbalance was righted methinks. Plenty of people are sticking up for the breast, but I cannot recall many advocating for that little old walnut thingy.  Perhaps Ray ‘Rabbits’ Warren or Darryl ‘the big marne’ Brohman at one time, but nothing much appears to have come of it. Happy wearing those beanies for brain cancer though! Time we took a stand!!

So here are some helpful hints about what to do. I’ve used the Harvard Medical School as a guide but, as always, seek medical advice as required.

Not surprisingly the advice to reduce the risk of prostate cancer is pretty much the same advice for good health:

I’ve always thought it was a good idea (all flaws aside) to have a baseline PSA done quite early. This means over the years you will be able to track how your PSA score is going. Always ask for the score from the GP and get them to describe the details of it so that you know what’s what. They can explain the difference and meaning of PSA and the free-t-total PSA ratio. This way you have your own record. Early 40s is my suggestion, but be guided by your GP. If there is family history then earlier testing may be wise.

What if your PSA level is raised? Well first off you should have ensured that your bloods were taken some time (24-48 hours) after anything that could have caused an elevation e.g. sexual activity, digital rectal examination (DRE), aggressive bike riding etc. Once this criteria is met then the doctor may then suggest a DRE. I am always reminded of Andre Romelle Young (aka Dr Dre) when I see DRE written down. Believe me it’s no scarier! Quite possibly this is where the squeamishness associated with the prostate comes in. I’ve been at plenty of prostate related functions where there is a schoolyard titter when DREs are mentioned. Compared to what women go through for PAP smears, the occasional rectal examination is nothing to write home about. Lying on your side, knees brought to chest to allow the doctor to enter your back passage with a finger to feel the shape of your prostate gland, it is a slight discomfort for a very short space of time. You’ll be a lot more prodded and probed if you choose not to get tested and then find out later you have prostate cancer. A change in your sexual orientation after being administered this procedure has never happened ever. You can relax.

A DRE does not happen each time you ask to check your PSA score, in fact there is evidence to suggest that it is not helpful outside of those practiced in knowing what the various enlargements or normal prostate mean. You really do need to know what you are doing, so an occasional DRE by a GP may not be that well-informed an examination. An enlarged prostate does not necessarily mean prostate cancer and especially in older men may be benign prostatic hyperplasia (BPH). After 50, guys, our prostates are growing regardless of cancer. By 80, over 80% of us will have BPH. That’s a lot more trips to the toilet to look forward to!

Our best chances of avoiding death by prostate cancer are by leading a healthy lifestyle and ‘man-up’ and get tested on a regular basis, as agreed with your health care professional. That doesn’t mean you can leave it to your GP. You should at least co-manage your own health and medical care and being on top of things like prostate health is just a part of that. Later in the week I will blog about one of the most important relationships in your life – you with your GP. So lay back now – prostrate – and absorb all the wonders and marvels of your prostate.