It’s been a couple of weeks since I’ve got back from my holiday to Iran which is enough time for reflection….Last week I was reading in the newspaper, which stated through some kind of vox pop (18,000 people), that Iran was the most despised country in the world; even below North Korea. This was the work of Global Scan commissioned by the BBC. It got me thinking about the whole nature of perception and the rubbish some people put down in writing. That quite possibly applies to me from time to time as well of course.

We are told by those who presume to know that we are all publishers and it’s true the internet has given us a wonderful ability to get our views across if not heard. Except of course if you live in Iran where the internet is restricted and the means to create a digitally-based groundswell to effect change is pretty much non-existent. The problem with us each being a publisher, or citizen journalist, in our own right is the presumption that our opinion may actually be equal or equivalent to someone else’s. Clearly this is not the case. The voice of an experienced and reasoned virologist should be regarded as better than some ideologically non-trained anti-vaxer, for example.  So we should take with a pinch of salt all those people espousing a negative opinion of Iran unless they have actually been there.

I’m here to put the record straight about a few things – based on actual experience (albeit as a tourist). Iran is a complex, fascinating, challenging, beautiful, safe and beguiling country. Persia after all is the cradle of civilisation and a place where cultures, people and ideas have fermented a heady mix of religious, political and artistic thought. It still does. According to the BBC in 2014, 810 year old mystic and dervish Rumi is the best-selling poet in America – today! Even Deepak Chopra has published a translation of his love poems. This is a country with a deep sense of itself, great pride and like every country I have ever visited, they love their children and want what’s best for them. 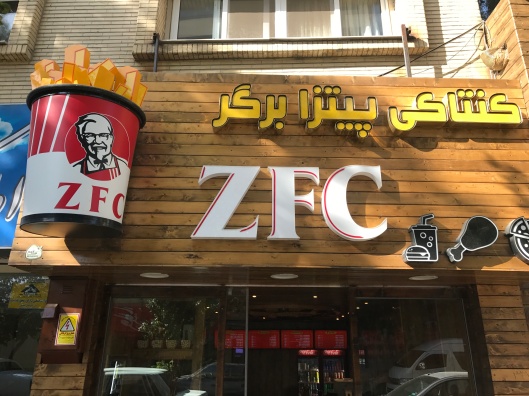 A couple of the measures I use to judge a country when travelling are how welcoming are its people and how safe do I feel? This is where it gets interesting because in my experience, which is not insubstantial, Iran scores number one of any country I have visited including New Zealand (where the people are known to be friendly – All Blacks aside!). Reading various travel sites prior to going, I was prepared to some extent for the welcoming people but the reception we received in large cities, towns and small villages exceeded even my raised expectations. This was in sharp contrast to discussions with Australians who were bemused at our decision to travel there and quips about being kidnapped were frequent. The extreme disparity between the perception and reality was marked. So how does this come about? It must surely be through the media and politicians, most notably in the US and Israel, who see Iran as a threat. As to safety – well I would rather walk Tehran at midnight than Washington DC, both of which I have done!

Scratching the surface of the geo-politics and you see that the issue is the West’s fixation with oil-producing monarchy Saudi Arabia (open disclosure here I used to work there). To understand the tension between Saudi Arabia (located in Arabia) and Iran (located in Persia), requires a history lesson that time and word count cannot permit. The schism between Catholic and Protestant (which coincidentally occurred when Martin Luther struck his 95 theses (demands) on the door of All Saints Church in Wittenberg 500 years ago this week), pales by comparison when compared to the Sunni-Shia split which dates back to the time of the prophets death in 632CE. Needless to say we aren’t going to see a resolution to that any time soon. Until such time as Saudi Arabia and Iran, who both believe they protect the righteous path of Islam, can make good then the West will forever portray Iran in a certain light as they continue to hook themselves to the bandwagon of Saudi Arabia. Perhaps as we become less fossil-fuel dependent  negative attitudes to Iran might dissipate.

One of the most frequently asked questions upon my return is what about the lot of Iranian women? It is as if people can’t wait to say ‘aha’ when you say that for women in Iran there is still some way to go for them to achieve the status that many of them would wish, or the standards that women in the West enjoy. Despite the fact however that they must dress modestly and cover their hair, they do dominate the numbers of entries to their Universities. In fact in latest figures in Australia according to Sarah Martin in The Australian in terms of graduation the gender split in Australia is 51% women and 49% men. Well done us! The gender split for Iran is 40% to 60%. Not bad you might reflect? Well that’s 40% men and 60% women according to Michael Axworthy, a historian from Exeter University in the UK. Perceptions versus reality…

That said I have to say there was a major event while I was in Iran which did underline the way women are treated. It was disturbing and would indicate that there is more work to be done. Perhaps we were right in our ill-informed perception after all? You be the judge. There was a case of a man using his power to harass, bully and cajole women into having sex. In many cases rape has been alleged. Not just a few, but many by all accounts. Perhaps it is not surprising in a country where men dominate and women are repressed? Once again, where religion is the under-pinning moral and judicial authority, this kind of double standard is not unexpected in a regime we, if the polls are to be believed, deeply distrust. Well the name of the accused is  none other than Harvey Weinstein.

I actually took this photo!

Next time we read the results of a poll where opinions are freely offered, it is worth asking how well informed were the respondents and what was the motivation for the questions in the first place? This ability we now have to express opinion based on little or no experience makes us all vulnerable in our communities and also our workplaces. ‘Let’s not engage with that group they are trouble’ or ‘let’s not do business with Iran it’s trouble’ are examples where misinformation stymies community and business growth. Next time I’m grilled as to what I did when stopped in the street and asked for my opinion on a subject I have no knowledge of, I’d like to be able to report that Iran!