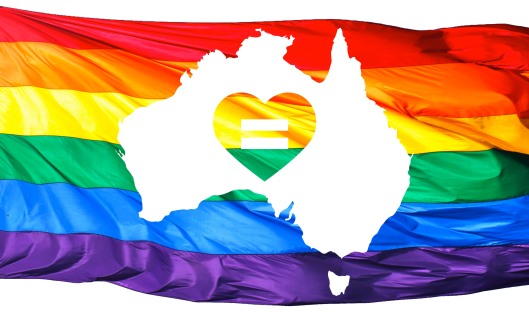 In Australia we are a few weeks off voting in a postal poll that will ultimately decide whether marriage equality will be voted on in Parliament. For a range of reasons, our self-proclaimed ‘fair-go’ culture hasn’t thus far extended to same sex couples who want to commit to their relationship publicly. I can’t recall in recent memory an issue that has so divided politics and (yet to be fully tested) so not really divided the public. Time will tell if my latter assumption here is correct.

As I have blogged about previously, in many cases the corporate world is stepping in where governments have faltered. The adoption of the Paris Climate Accord in the US by big corporates, when Trump pulled out, being the most salient example. And so it is with the marriage equality debate. A large number of companies have publicly expressed their support for marriage equality and this has been recognised by the large logo wall that appears on the http://www.australianmarriageequality.org   website. There are many big names there aside from the obvious like Qantas and Telstra who have made the media when they came out in support. These companies are making a stand and good on them.

Those regular readers of my blog can easily divine that I am in favour of same sex marriage and, to me, other common sense public policy initiatives like support for the LGBTIQQ community. Making our workplaces more welcoming can never reduce productivity or make it harder to attract and retain ‘talent’. A diverse workplace is one of the key ways I believe to establish a great culture and help raise the understanding of all staff. The fact is that as humans we exhibit so many similarities that bind us and that the differences, though often outrageously amplified, are small and at the end of the day quite trivial.

So it might be surprising to some that apart from my own publicly professed support of marriage equality I haven’t rushed to sign-up to show my support for same sex marriage wearing my corporate hat. It’s not that I have made up my mind to deliberately keep a low profile, it’s more I am still reflecting on the what role or right I have, as leader, to endeavour to promote a long-held ambition through wearing my corporate hat. I’m not there yet. Who knows perhaps in wiring this blog I will reach some conclusion?

In my head the argument goes something like this. A top manager of a company, being the CEO, might take a socially-ethical decision (to them) and decide to promote marriage equality. S/he may do it to reflect the diversity that exists within their workplace. In reality, such a decision is likely to be more of a ‘captain’s call’. What if some of the workforce is against marriage equality? If the naysayers are right there are many in the workplace who believe the sanctity of marriage should be reserved for the union of man and a woman; a number of whom who keep this view to themselves for not wanting to be out-of-step.

Where the CEO raises the flag for the ‘yes’ campaign, that CEO has made a judgment call and must be prepared to stand by it. The argument could also be made that CEO’s need to be principled and authentic and stand by these principles. Lord knows the corporate world has seen precious little truly principled management over the years, especially in the lead up to the GFC. Some might add that the apparent ‘blind-eye’ shown by the CBA over suspicious money transactions is a case in point that principles are held in check in favour of greed even today. So on balance as a CEO, ‘go with the Captain’s call’ my head says on this one.

But what of the CEO as a leader? If we take a leaf out of the Handbook for Servant Leader written by Robert Greenleaf (wordplay intended). His credo is:

“Caring for persons, the more able and the less able serving each other, is the rock upon which a good society is built. Whereas, until recently, caring was largely person to person, now most of it is mediated through institutions – often large, complex, powerful, impersonal; not always competent; sometimes corrupt. If a better society is to be built, one that is more just and more loving, one that provides greater creative opportunity for its people, then the most open course is to raise both the capacity to serve and the very performance as servant of existing major institutions by new regenerative forces operating within them.”

It might well be argued that a servant leader, caring for people, might take soundings of those s/he leads and reflect the organizational viewpoint as a democratic output. It might be possible that in full humility a pro-YES CEO leader might reflect a pro-NO viewpoint to the world. On the face of it this may not be a huge thing but it does go to what is the nature of organisations and into organisational theory. Is the corporation merely a legal entity defined by contracts? Is it the sum of its parts including the hopes and aspirations of its individual workers, or does it exist as a fluid culture that shifts each time a new person joins its ranks? In some ways organisations are trinities incorporating all three. As leader we need to acknowledge how organic the organisation is and given this, how much more complex it is. It’s too simplistic for the figurehead just to be able to stand up and speak on its behalf without consideration of these other layers.

So where has this reflection got me? I think I’m happy to be pro marriage equality without having to use the vehicle of my company to make the point. I don’t judge those who do. For the likes of Alan Joyce of Qantas his leadership is around a form of activism and I respect him totally for that. But for me it is almost too easy to stand bestride my company’s brand to make the argument. It would be unfeeling. Hopefully my brand that stands alongside, but separate to, my company’s is enough to show my authenticity on this topic.

Where leaders do need to be mindful after Nov 7 – the day of the vote – is that a degree of healing, empathy and consideration will be needed. Some will feel hurt and some elated. Finding a way to focus team members on positives and what we all have in common, aside from individual and organisational goals, will call upon the special skills of managers and leaders. It’s about re-building coalitions in the workplace – a marriage of minds as it were! We can all say yes to that.