It’s the stuff of movies, particularly sci-fi, where the corporation, generally with some arch technology, ends up thwarting and subordinating the State. People become slaves to some corporate juggernaut able to monitor and control our every move. Think Omni Consumer Products (Robocop), The ICS Network (The Running Man), RDA Corporation (Avatar), Multi-National United (District 9) and my personal favourite, Energy Corporation (Rollerball). Just occasionally you see a mega corporation doing good, a la Stark Industries in Iron Man. But it’s the exception rather than the rule.

This week we have been ‘rocked’ by one of the most predictable events in recent political history; the departure of the US from the Paris Climate Accord. No right-minded person could think that climate change is some sort of fake news or hoax. Even Margaret Thatcher, way back when, commenting on climate change said even if you weren’t convinced wouldn’t you err on the side of caution? It can’t do any harm surely? Well Donald Trump thinks it can – to his blue collar coal-mining constituency who voted him in at the very least. The dystopian world that many feared would eventuate with the election of Donald Trump seems to be unfolding before our very eyes. You can almost admire Trump. He thinks something – without any basis in fact – and then follows through on his irrational assumptions. His thoughts on the matter are writ large in the media, especially Twitter.

So too recently has our very own champion of women’s tennis Margaret Court used the media to espouse her distorted beliefs. Just lately she has felt compelled to make some pretty ‘out there’ comments about gay people and transgendered children. Her linkages of LGBTIQ people to Nazis, communists and the devil is the stuff of pure befuddled fantasy. She has so much of an issue with gay people (especially lesbians in the game that gave her so much of her wealth and fame) that she has refused to fly on our Australian carrier Qantas because its CEO is an openly gay man and a supporter of marriage equality.

The withdrawal of the US from the climate accord has left a leadership vacuum in climate change. In fact it would appear that the inward focus of Trump is leaving a leadership vacuum across a range of fronts. Take for example the breath-taking proposition of Communist China assuming the leadership mantle of free trade. Where climate change in the US is concerned it would appear that corporations will fill the void. Big names like GE, Du Pont, Exon Mobil, Tesla have indicated that they will step into the breach. It’s easy to see why. Those who embrace new technology get the jump on it. If you are a market follower it can be nearly impossible to play catch up. US corporations do not want to see energy innovation become the domain of other countries.

It’s just not in public/climate policy where corporations are stepping up taking on quasi State-like roles. In social policy there are a number of CEOs of corporations who are embracing societal issues. Partly this is driven by responding to consumer pressure, partly due to internal pressure as millennials increasingly take up key roles in organisations. Woe betide any company that under pressure from its media savvy millennial workforce thinks that incremental evolution not revolution is the best way forward on social issues. This is a demographic who demand to see results now.

Alan Joyce, the CEO of Qantas, as an openly gay man has pinned his rainbow colours to the marriage equality mast. Good on him for that. More and more we are likely to see Corporations acting in the stead of the State. While governments play politics, Corporations have an enviable potential to actually deliver if they choose so to do. It will attract the ire of those who disagree with the moral/philosophical issue being championed. Margaret Court’s recent tirade is testament to that. With a clear road ahead it is hard not to imagine corporations pushing the boundaries across a range of issues previously regarded as the preserve of the State.  Space flight is one very clear example.

Corporations now appear willing to step up when voids are created. Climate change is an existential threat so the role played by Corporations as good global citizens will be crucial if we are to survive the climate change threat. The more governments shy away from taking big bold decisions in the face of huge challenges, the more the public will come to rely on Corporations to save us from our elected politicians. This is a genie that cannot be put back in the bottle. We know who we elect warts and all. The intense scrutiny of the media in the 24 hour news cycle has seen to that. Social media has heightened our gaze. If Corporations become de facto leaders through absentee government then we have to ask just how much do we know about these unelected power brokers? Perhaps as Shareholders now we need to know where Directors stand on a range of issues from climate change, gender equity, marriage equality, LGBTIQQ rights, migrants and refugees etc. rather than just what business qualifications they have and what other Boards they sit on?

Victor Hugo described history as ‘an echo of the past in the future; a reflex from the future on the past’. History has taught us that when Corporations have unfettered freedom, think the East India Company, things don’t always go as we would like. Science fiction writers and directors most often cast the Corporation as evil in their imagined future and we all know how accurate they are in predicting the future look of things (hover boards aside). 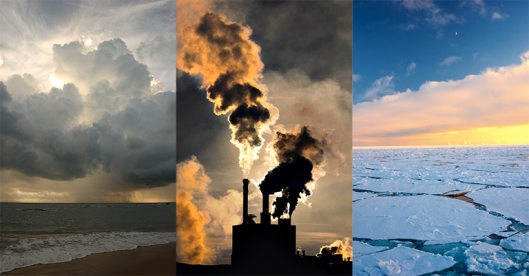 So next time you applaud your government for standing aside and letting ‘us’ get on with it, or celebrate the fact that our jobs will be safer and our electricity bills lower without action on climate change, reflect on this. It may not just be coastal erosion and devastating climactic conditions your grandchildren are fighting, but also some nebulous all-encompassing Corporation that cannot be elected out of office. Remember for every Jeff Immelt there is a Lehman brother or a Jeffrey Skilling. And remember we can’t rely on Iron Man. Our choice will be more stark than that!