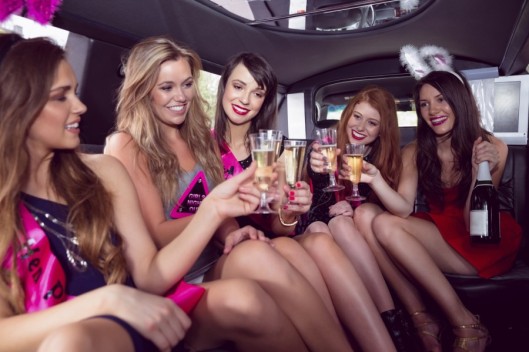 Leadership, I read recently on a meme in Linkedin, is not about being in charge. ‘Leadership is about taking care of those in your charge.’ Schmalzy and jingoistic maybe, but not a bad one-liner to keep front of mind when you become one. As men in leadership we have an extra responsibility and that is to diversity. Lucy Kellaway, one of my favourite but more acerbic writers on management, in a recent article in the AFR, exposed two of the ‘great lies of corporate life: diversity and authenticity.’ I think she was saying that while we all advocate for authenticity and diversity in the workplace the fact of the matter is that in the Corporate world there is a blandness and sameness that is the antithesis of originality and being different. Her thesis is that the nature of the Corporate world is such that we encourage similarity or it manifests itself through the competitive nature of the workplace itself. Outliers, and those who dare to be different, struggle against the mainstream which tends, like all mainstreams, to look very similar.

Diversity is, I would argue, a critical requirement in business. Diversity comes in many shapes and forms and includes cultural, racial, demographic, disability, religious, sexual orientation and gender to name but a few. It’s gender I want to concentrate on. It’s my feeling that the three big tensions in the future workplace will be around gender, sexual diversity and education. Workplaces of the future that do not embrace a fairness agenda for its female workforce, or who do not show tolerance to the broad spectrum of expressed sexuality, or engage both the educated and not so educated and treat both with integrity are likely to be long-term losers in the business sustainability stakes.

A great article in The Atlantic in July 2015 argued the case strongly that gender equality in the workplace has clear economic advantages. They posit that ‘equality can boost profits and enhance reputation.’ I have taken this to heart and have put in my own equality measures. We have endeavoured to achieve accreditation through Australia’s Workplace Gender Equality Agency (WGEA). Thus far we have been thwarted in this because it doesn’t apply to small companies. Efforts to get a dispensation have been unsuccessful. We keep trying.

We have achieved gender balance across both our entire staff and management team. I’ve seen a number of companies achieve this across the staff as a whole but the upper echelons  of management remain stubbornly male-oriented and it is this group, after all, setting employment policies that may well not be advocating for women in the workplace e.g. flexibility, non-detrimental career breaks etc. The third significant push for us has been the differential payment of superannuation.

While awaiting a decision by the Queensland Civil and Administrative Tribunal (QCAT) to legally contravene the Anti-Discrimination Act 1991 it is worthwhile explaining the issue. It was put succinctly by one of my Board Directors the other day when he pointed to his own circumstance. His wife had eight children and he admitted that her Superannuation balance (she is of retirement age) is less than $30,000. They say a balance of closer to $1m is what you need for a comfortable retirement. Women are significantly under-superannuated at retirement age. There are a number of factors causing this and pay inequity, while a contributor, is not the primary reason. Women in general have time off for childbirth and child rearing and are often the first port of call as carer for elderly relatives or sick children.

All up they tend to be well behind when they reach the age of 65. Add to this the fact that they live longer (we really must do something about this from an equity perspective) and their low balances are an issue that good employers should think about addressing now. We are proposing our female staff get an additional 1% contribution into their superannuation accounts paid for by their employer. This 1% on the face of it doesn’t sound like much but it has a significant impact come retirement based on the age-old principle (and one that isn’t emphasised enough in schools) – the time value of money (TVM).

So as the employer what do I get in return? Well I feel good that I am doing something as a ‘male champion of change’ a title that doesn’t sit that comfortably with me. But it’s more than that; it builds our reputation and brand in the market. It differentiates. It defines us as a leader. It breeds loyalty. It retains talent, it attracts talent. I also think it has an impact at a more cellular level and that is it breeds confidence and a certain expansion in what we think is possible. Not many other companies have done what we are endeavouring so if we achieve it our ‘little team’ can rightly point to this achievement and start thinking about what other previously unscaleable elevations we can conquer.

If we are going to be genuine in our efforts to create gender diversity and reap the benefits research shows is associated with this, we have to do more than just have platitudes. We have to lead by example and this may mean leading with our chin. There will be knockers and I’ve encountered quite a few. ‘Don’t forget your lipstick and your handbag’ is one of the funnier comments that came my way. I think that is what Lucy Kellaway was referring to. She would argue that there is too much Guerlain Kisskiss and Prada in our workplaces already! To really redress the balance we have to give it a red hot go with all the enthusiasm of a hen’s night party. In other words going on a bender over gender! That’s what we are doing in a methodical and sober way.