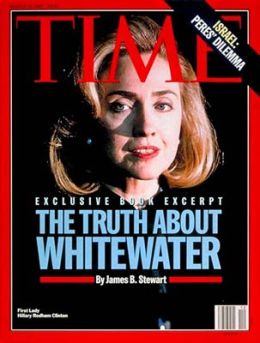 In the space of roughly a week we saw Donald Trump elected to the most powerful position on earth and the death of poet, writer and musician extraordinaire Leonard Cohen. As difficult a task as I am setting myself here I’m going to try to draw a thread between these two events.

For many of us I think the win of Donald Trump was shocking but not a surprise. After Brexit many realised the unreliability of polling and also after the election of Duterte in the Philippines, the appetite of some to stick it to traditional, legacy or dynasty politicians. This isn’t revolution a la ‘First we take Manhattan then we take Berlin’ this is anarchy. The anarchist movement which featured very powerfully in Portugal and Spain in the late 1920s concentrated on tearing something down without too much regard for what to put in its place, believing that out of the destruction comes possibility. It is the bushfire  approach to forest regeneration. As we know from this there is every chance things may not turn out as you wish for. Fate is a very fickle mistress in which to place all your reliance.  What I fear many voters have done in that moment of sobriety in the booth is think about teaching the establishment a lesson, not realising that collectively everyone voting the same way brings out an unintended consequence – the candidate of your worst nightmares.

I don’t particularly blame American voters though because they had a tough choice. As ‘leader of the free world’ there is not only the prosecution of your agenda but also POTUS provides world leadership, including, I would argue, moral leadership. In the case of Election 2016 US voters were confronted by two candidates neither of whom had any particular moral strength. With regard to Trump he’s most probably a narcissist but definitely sexist and racist. His two clear failings are lack of a sound IQ and temperament. I suspect that he will be the President known for the thinnest skin and the lowest resilience. I hope I am wrong. While Trump’s flaws are there in plain sight (or at least we hope he has no shortcomings we aren’t already aware of) Hillary’s are a bit more opaque. There has always been a taint over the House of Clinton going way back to the 1970s and 80s with Whitewater (a failed real estate investment). Then there was Bill’s indiscretions, the emails and the Clinton Foundation. When we talk about moral authority I don’t think there was much on show with either candidate. Hillary had money and the entitlement and this may have turned many off. Makes you wonder whether the result would have been better with Elizabeth Warren at the top of the Democrat ticket, ‘Pocahontas’ jibes aside? 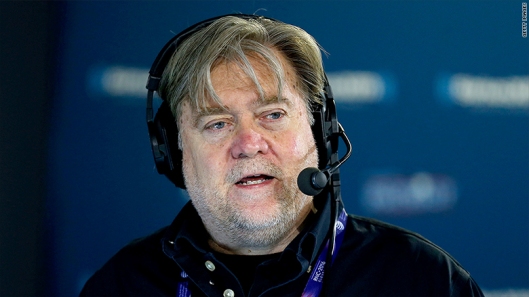 It was clear in the run up to the election that Trump really wasn’t the mouthpiece of anyone. Sure he had Steve Bannon of the alt-right at his side but I doubt they pitched in much cash.  He wasn’t bankrolled by big business; in fact Clinton outspent him by many millions $898m v $430m if Bloomberg has its figures correct. Take a moment to reflect on the amount of money we are talking about here. No wonder blue collar America feels out of the loop. Clinton on the other hand had funds from sources that made America uncomfortable. The feeling that she had been ‘bought and paid for’ by Corporate America, especially by the investment banks like Goldman Sachs, never went away. Nor did she adequately douse those flames. To have – on record – public speeches saying that investment banking practice would be put under the microscope, only to say in a $200k a time paid for address to the very same bankers that she would look after them, smacked of hypocrisy. Which it was. America sensed this and on top of the fact that ‘we ain’t having no woman in the White House pushing us around’ Trump took the prize many said he could not claim.

So now we live with the consequences. One of the key ones is the ‘America first’ aka isolationist policy that was Trumpeted during the campaign. To paraphrase the saying about Wall Street…’when America sneezes the whole world catches a cold’. We have all seen what happens in a vacuum. In Libya with no thought to who would replace Gadhafi we ended up with real chaos and the likely new base for ISIS. When America creates its own vacuum in focussing on domestic ‘America first’ policies its foreign policy void will be filled – make no bones about it. China will become more aggressive in the South China Sea if no Asia-Pacific pivot is there to counterbalance that. Putin is likely to be more aggressive towards ex-Soviet territories who have cosied up to NATO. NATO without the ‘attack one-attack all’ rule will be toothless. The world will become a much more unstable place and that is coming from our current position with a number of serious conflagrations including Syria and Yemen which aren’t that stable.

So while the international scene might re-align with a more distracted President (and some would say this is a good thing) we are likely to get a whole host of domestic politics filling our screens streamed live from the US. Journalists around the world will be hanging off every throwaway remark, every tweet to goad or ridicule. The ‘victims’ are likely to be the very blue collar workers that brought Trump to power. With little opportunity to exploit the primary labour market they are unlikely to get enough ‘jam’ to be kept quiet. It’s just not possible to have a T Shirt under $5 and previously outsourced jobs brought back to the US. That genie’s out of the bottle and won’t fit back in.

Then there is the fissure created within American society occasioned by Trump’s divisive campaign that will take years to heal if at all. Black lives matter when you have a black President. Do they still matter when you have a white President who has open support from the KKK? With Bannon as key adviser many rightly wonder just how far  race relations will retreat. Remember they didn’t advance that much under a black President. For many minorities I suspect, under Trump’s Presidency, they will ask whether  ‘Democracy is coming, to the USA.’ 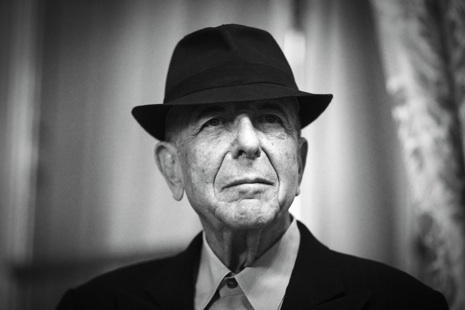 It’s easy to be pessimistic, but remember this –  society is nothing more than the aggregate of people living together in a more or less ordered community. Last week our society was the poorer for the passing of Leonard Cohen. Where Donald Trump is a self-confessed lady’s man pest with a mouth full of tic tacs, Cohen was an acknowledged lover of women in the best possible sense. His final words of farewell to Marianne, a former lover, on hearing of her impending death are testament to a great poet and all round nice person. ‘Come over to the window my little darling’ feels very different if it is Trump or Cohen saying it!

Cohen had a lot to be genuinely bitter about given his retirement was rudely interrupted by the knowledge that his manager and purportedly long-time friend Kelley Lynch had stolen his money and money left in trust funds for charities. Without an ounce of bitterness Cohen took to the road and blew the world away (including me on two occasions) with the most sublime musical and poetic performances, in his late 70s and 80s no less. Now that is true stamina!  Where Cohen shows humility and stature as a true man in these circumstances, Trump would be all over Twitter trying to exact revenge.

I leave the last observations on Cohen to those of his son writing on his father’s official website.

‘My sister and I just buried my father in Montreal. With only immediate family and a few lifelong friends present, he was lowered into the ground in an unadorned pine box, next to his mother and father. Exactly as he’d asked. As I write this I’m thinking of my father’s unique blend of self-deprecation and dignity, his approachable elegance, his charisma without audacity, his old-world gentlemanliness and the hand-forged tower of his work. There’s so much I wish I could thank him for, just one last time. I’d thank him for the comfort he always provided, for the wisdom he dispensed, for the marathon conversations, for his dazzling wit and humor. I’d thank him for giving me, and teaching me to love Montreal and Greece. And I’d thank him for music; first for his music which seduced me as a boy, then for his encouragement of my own music, and finally for the privilege of being able to make music with him. Thank you for your kind messages, for the outpouring of sympathy and for your love of my father.’

Maybe Donald Trump can rise to the occasion and address his spiritual vacuum in the way that Cohen was able to constantly remain positive through his embrace of spirituality through his music, art and life. If this happens we may for the first time in Trump’s reign be able to say ‘Hallelujah’ to that!