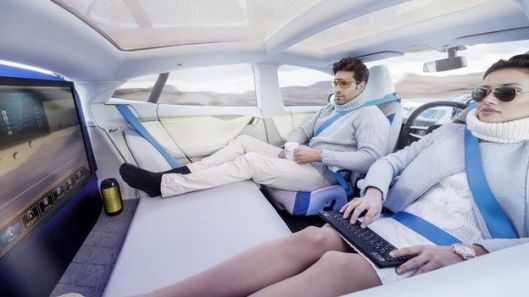 I went to a politics in the pub session with Richard Denniss last night. He’s the Chief Economist with The Australia Institute. He has coined a phrase called ‘econobabble’ to explain how the use of economic terminology and jargon by non-economists is designed to stifle the debate and belittle the audience. I am going to coin my own phrase ‘Autonobabble’. I define this as the use of putative assertion and poorly conceived rhetoric to predict the bleak future of the world through the relentless advance of automation.

The recent hype behind the driverless car has me perplexed. Recently Dr Hugh Bradlow, Chief Scientist for Telstra, was on the radio making the prediction that by 2030 the road will be almost entirely occupied by driverless vehicles. Ironic I thought in the very same month that Telstra’s system crashed due to IT failures requiring a pretty significant mea culpa and compensation payment to customers. I also thought what greater insight into driverless cars does a telecoms company have over the usual Joe or Joeanne in the street? When we hear future predictions with no counter-balance I begin to smell vested interest. Let’s look at driverless cars then in greater detail.

There are a number of rationales being used by the short-term futurists predicting the rapid uptake of driverless vehicles. These include:

I’m not so convinced that driverless cars are going to catch on at the speed that is being predicted or if they do that it will necessarily be a good thing. The trajectory for driverless vehicles and the predicted uptake is based on a number of myths which need to be called out. 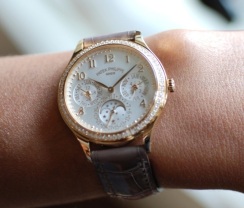 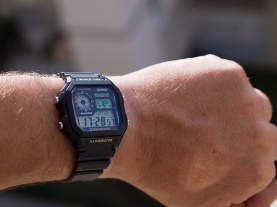 Myth One. Everything is going digital. I recall many years ago going to a training session where the trainer got us all to work on a Harvard Business School Case Study on the demise or near demise of the Swiss watch industry. It was being disrupted by the digital watch with the advent of the quartz mechanism which was actually invented by the Swiss watch people and given away to Casio  and Texas Instruments because they couldn’t see any use for it. As they say the rest is history. Sounds like Kodak – yes? Well no actually. A watch is way more than a means by which to tell the time. It is jewellery on your wrist – an emotional purchase and guess what happened? Swiss watches fought back and now you are hard pressed to find a digital watch. New generation Apple and Samsung watches are really just backlit analogue timepieces.

This drive to digital isn’t always a good thing. Maryanne Wolf of Tufts University believes that there are intrinsic dangers in giving ipads to children. This belief that we are creating digital natives is just that – a myth. What it is in fact doing is stunting children’s memory, ability to read, concentration and overall cognition. And we are led to believe it’s a good thing because a one year old can swipe an ipdad screen. Wolf believes ipads should be banned outright for children. But we’re not talking about kids we are talking about adults in cars right?

Think again. Psycho-motor skills are important. Driving remains one of the last great psycho-motor challenges left to humans. Remember learning to drive a manual vehicle and doing all those things simultaneously? We had to master a multi-faceted task. With the other psycho-motor skills dulled over the years e.g. we no longer need such dexterity to hunt, cook, or build, we need to retain some tasks that engage us fully. Driving involves many of the senses at once and cognitively engages us from situational awareness, memory, hand-eye co-ordination, thinking ahead, planning, judgement, risk assessment, emotion control etc. There is also the issue of ophthalmic health. Driving a car requires us to exercise eye muscles and look into the distance then quickly change our focal point. It’s highly likely the driverless car experience will involve looking at a screen loaded with some form of entertainment or news once again adding to the visual stimuli at a focal range that human’s were not evolved for. Did you know that our mental wellbeing partly requires us to look to the horizon from time to time to build comfort? Did you know that optometrists are finding ocular health in rapid decline in children equivalent to the decline seen in previous generations of elderly people? Driving a car keeps cognitive and ocular health in good shape. Very little in the way of cognition or psycho-motor skills will be enagegd when Elon Musk’s car pulls up at your door for your commute to work.

Myth Two – the technology is ready. My Video Ezy closed about a year ago. Shame really as I supported it to the end. Sure Apple TV gave me online access to rentable movies plus I could get rubbish movies for free on Netflix. I stuck with my local Video Ezy partly out of loyalty but also because of the social interaction I had with the owner. I got to know her really well over the years and knowing of my penchant for foreign movies she used to stock world cinema almost just for me with little prospect of making much a return from those titles. That builds loyalty. Try getting foreign movies on Apple TV. I haven’t watched a decent foreign film in ages. Even if I did want to watch the trash that Apple TV offers I have to wait anything from 1-5 hours for the movie to download at a cost of about double the face to face hire cost. The technology just can’t match a good Blu Ray pick up from a local video store. Just like internet 1.0 the hype of its possibility outstripped its ability to deliver.

Myth Three – It’s Cheaper. No-one wants to have their CAPEX sitting idle for most of its useful life do they? Better to have it working for you – that’s the basis of collaborative consumption. Let’s think this through. What will be the cost of the OPEX to get the driverless vehicle to your place every day so you can have the equivalent access as having a car at your fingertips (your own)? No-one really knows. Think about this for a moment. Governments need to tax us to pay for the roads hospitals, schools etc. Governments need to repay national debt currently at levels that would make your eyes water. Governments don’t want to raise your personal taxes because it gets them voted out. Politics 101 when in government says always put someone between you and the shit. Imagine the sucker punch of being able to raise costs/taxes/levies that have to be absorbed by a middle entity who then passes them on to the consumer (the person who orders the driverless car). No direct attribution back to the government…sweet!

The calculation that people will have to make is will they pay more ultimately. The CAPEX route to car availability at least gives the consumer certainty over the largest component of the expenditure. To lose an alternative (i.e. to have no BATNA as Bazerman might describe it) is to place you in a very weak position in any negotiation around service. Try ordering a driverless vehicle at peak hour – you might find the cost out of your comfort zone. We see electricity costs rising every year when one is promised that competition will do the opposite. Driverless cars might find us beholden to service providers in ways we would prefer not to be. 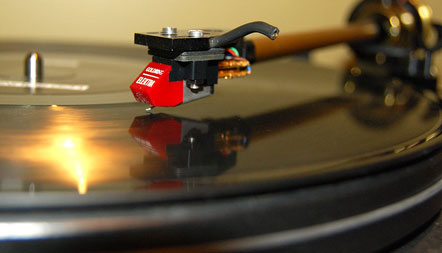 Myth Four – Everyone Will Want To Use One. The largest sales in music today are albums. Why? Because the digitisation and compression of music has taken the soul out of it. It just sounds better in analogue. Dust off your old albums put them on a turntable and turn up the sound. You know I’m right. But does this example hold true for motor vehicles? Well yes and no. Would I prefer to drive myself or be in a driverless car to and from work each day? The latter if myth three is within reasonable bounds. But in the weekend the thought of using my iphone to request a driverless vehicle to take a nice drive up the Coast leaves me cold. There is a romance to driving that will never be delivered without someone in the driver’s seat actually driving. If we go driverless then all motorsport will go by the wayside shortly after. Motorsport is popular because it is the ultimate fantasy of driving at the very extreme of person and machine. If the psychomotor experience of cars is taken away then we won’t be able to contextualise the racing driver experience. Out go the weekend car and bike warriors and anyone who has a classic or vintage car will find their hobby quickly curtailed. Out go the petrol heads in come the propeller heads. For many there is an emotional component to driving (like a watch in many ways). Just because an idea seems like a good one to the marketing department doesn’t mean it is so.

Look how far we have come. Watson is now doing cognition computing, social media is revolutionising communication, there is the internet of things, automation and robotics are already changing our workplaces, wi fi is ubiquitous, cloud computing allows big data to know everything about us, mobile phone ownership internationally is of staggering proportions even in countries once considered ravaged by chronic long-term poverty. Strong arguments indeed upon which to base a 2030 driverless vehicle prediction. Pause though and reflect. We landed a man on the moon in 1969, and have barely left the earth’s orbit since. We had the first supersonic aircraft (Concorde) in 1976 retiring in 2003. We haven’t done supersonic flight since. Driverless cars are coming but not as fast as we are being led to believe. So pause next time you are cut off on the road and think is it worth giving the finger to a driverless vehicle? Not much satisfaction in that. So all this talk about the demise of the driver operated vehicle…not so much hot air as autonobabble!