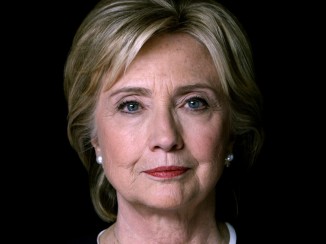 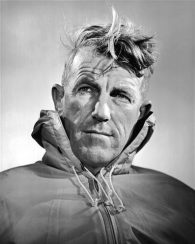 Having commented on Trump and the RNC 2016 last week I find with just an hour to go before leaving work I must rush off a blog about the DNC 2016. To not do so might have me subject to a charge of sexism or bias. It came as no surprise that Clinton got the nomination. What may well have been a surprise from many months ago was that the Democrat nomination process which started out with so few candidates went all the way and the Republican campaign which started with 15 or so in the running fizzled out before the end.

Where Trump remains an enigma (and possibly as crazy as a cut snake) Clinton is on the face of it  anything but. Her soft side and lack of rapport aside, we do know she is no stranger to the corridors of power. She is no stranger to the actual corridors of the White House too. With heavyweight endorsements from the most powerful person in the White House, as well as one from the President and her erstwhile rival Bernie Sanders, the deck is being nicely stacked in Hillary’s favour. And maybe that’s the problem. I haven’t been close enough to the Sanders campaign to really understand why he appeals so much to the younger demographic other than he represents a break from the political dynasties. Clinton’s selection was not entirely a one way street.

The ‘obvious’ winner of the RNC 2016 in 2015 was predicted to be none other than Jeb Bush. Never has a candidate been so well funded with better political networks. The Bush v Clinton dynasties once again in a tussle for the White House had all the hallmarks of Carrington v Colby showdown. It wasn’t to be. The public’s tolerance of dynastic ‘born to rule’ politics has grown thin over the years. So while Obama and others ring out with the refrain that never has anyone been so well prepared to run the Country I can’t help but think this doesn’t resonate with the electorate at large. Maybe the US voting public want someone not steeped in the politics of Washington but a fresh face with new ideas. I still think Elizabeth Warren would have fitted the bill. Once again not to be.

Trump has stolen a bit of a march on Clinton with the earlier timing of his nomination. As I write this it extends to a 3 point lead. Trump, of course, is going to use the fear theme (already covered in my last blog) while indications are that the Clinton/Kaine team will provide a much more upbeat message. I was interested in Trump’s acceptance speech where he regaled the audience for one hour fifteen minutes noting it was very short on detail. There appeared to be little or no blueprint for how he would fix the ails that he identified in the American economy and way of life. It was something of a shock then to read critiques of Hillary’s speech to find she was herself light on detail. If the Presidential campaign is going to be waged on fluff then it will be anyone’s guess as to who will win. If it comes down to a battle between ‘I alone can fix it’ and ‘we can all help fix it’ then the electorate is likely to turn itself off and a legion of young people stirred on by the promise of a Sanders vision of the future will turn off politics for good.

We know little about what Trump really thinks outside his one liners and zingers. He was once a Democrat and now a Republican. His values can change over time and we should welcome fundamental change in values in people over time. That might suggest insight and even wisdom. We don’t know enough about his fundamental beliefs to get a sense for him and his compass. While Hillary is a more open book, the secrecy that lies just beneath the surface of the Clinton household from Whitewater to private server emails might suggest that we don’t have 20/20 clarity on her true values either.

This made me reflect on what might a good set of values for the next President of the free world look like. They must be right for the times, be clear and provide the sort of roadmap that gives a sense that America is heading in the right direction. They must be able to be grasped by all so that the ever-widening gap between those who have and those who have not can be bridged. Trickle-down sufferers and big business barons alike need to be able to embrace them with equal gusto. Shit I’m sounding like a political speech writer now!

Over the years I’ve looked around for values and compasses that resonate with me. I’ve toyed with my own value systems and have written more than one manifesto for how I wish to manage at work and how I wish to live my life. They remain fluid documents. They are beliefs lightly held. That had me wondering if I was standing in one of those President-to-be spots would the electorate be any clearer about what I believe in, what guides and motivates me? Hand on heart I cannot answer that with the assurance I would like.

Where might one go for guidance? I would look no further than the organisation from whom I derived my blog name; Burning Man. I was online the other night looking to see whether I could book for Burning Man 2017 when I was reminded of their underlying values:

I can think of no better manifesto to take to the office, your daily life, or the nation.