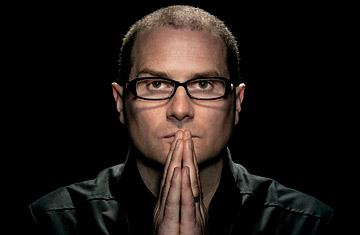 I had the rare pleasure last Saturday to be in the presence of Rob Bell for a whole day seminar. Bell was recently announced in Time magazine’s 100 most influential people. Part evangelist, part stand-up comedian this American self-help guru was great fun. There is nothing more inspiring than seeing a master ply their craft and doing it live. It doesn’t matter if it’s Pink Floyd, Kiri Te Kanawa, Ritchie McCaw or Oprah Winfrey, virtuoso performances can be enjoyed for the pleasure of seeing someone at the top of their game. And believe me Rob Bell is at the top of his.

This week has also been the week of the Republican’s convention (RNC 2016). Talking of people at the top of their game, Donald Trump is being less feted in Cleveland than any other Presidential candidate in living memory. There’s a slight irony here too because the performances on stage have been routinely poor from the ‘haven’t I heard that before’ speech by Melania Trump, to the Ted Cruz speech where he forgot, or overlooked actually endorsing Trump for President. The irony being that Cleveland is home to the Rock and Roll Hall of Fame which celebrates probably the greatest on stage performers the world has ever encountered. Of course the Hall of Fame is a backward looking institution as all halls of fame are, celebrating the best from the past. Seldom do you ever get in when in your prime. Rather it’s a celebration of a lifetime’s contribution. This fixation with looking back on how good things used to be, does resonate through the Cleveland republican Convention in a big way and I believe amongst a group of worried voters the world over.

In the Q and A session last Saturday Rob Bell was asked to explain, if he could, the rise of Donald Trump. His answer was very insightful. He talked about revolutionary change. He referenced the internet and the massive change this is bringing about to how we do things from relationships to business and everything in between. He referred to the previous massive change being the printing press where knowledge, once the preserve of the political elite became, theoretically anyway, available to the masses. Both good and bad came of that but the mass production of knowledge changed the world forever. The internet is the next seismic shift in the way information is changing our lives forever. Then, as now, Bell divides people into two groups when a seismic change is upon us. There are the ‘lean-in’ people who see this marvellous opportunity and embrace it. The app millionaires and social media junkies are shining lights here. But then there are those fearful of change – the resisters. This is the brigade that think surely the internet has wrought bad tidings upon us including networked terrorists, bomb-making classes and school bullying via social media. This group resist and look back to the halcyon days when things were simpler and clearly better. Resistance like this, according to Bell, stems a lot of basic survival instinct and this emanates from the reptilian brain. This is where we know from neuroscience that our fight and flight instinct is based. Here adrenalin and cortisol are produced and these do cause heightened arousal and a tendency towards aggression. This fear of change is tapping into the reptilian brain and manifesting itself as the aggression and violence we are seeing exhibited by Trump campaign supporters.

Not so long ago in Queensland over half a million people voted for Pauline Hanson’s One Nation Party. Political commentators, scratching their heads to explain this, have put it down to her tapping into some basic fears. In times of uncertainty fear is given much greater freedom to roam. When uncertainty levels rise we drop down the Maslow hierarchy a notch and find ourselves more concerned with safety and security. It’s easy to tap into generalisations borne more out of ignorance than fact, and there are plenty willing to exploit this; Hanson being one of them. Migrants will take our jobs, their Islamic religion will overwhelm us and they will be bomb-making on the quiet. Jobs and family security will become paramount. While these might be reptilian instincts they are familial and tightly held for good evolutionary reasons.

This week also saw the release of McKinsey’s report ‘Poorer than their parents? A New Perspective on Income Equality.’ by Richard Dobbs et al. Part of the reason why we should not think that a Clinton Presidency is a foregone conclusion rests in some of the statistics contained in the report. Survey results from the US showed that almost two in five respondents felt their economic positions had deteriorated. Broadly the same figures were reported in the UK, where Brexit has recently happened and France where Marine Le Pen’s National Front party are waiting in the wings when, as The Spectator recently observed, ‘the French mood finally snaps.’

To really understand whether the current political turmoil is in fact a zeitgeist we need to understand what is on the radar for those for whom the digital advance has not yielded increased prosperity. I think it is possible here to make some global generalisations. The blue collar workers of say Michigan (automotive), South Australia (automotive) Philadelphia (manufacturing) Wyalla (steel) Wales (mining), Central Queensland (mining), Townsville (refining) all share a common thread. Their jobs are being taken and they are being automated or off-shored out of existence. While generally unskilled, these workers are anything but stupid. They know the truisms that lie behind the advance of technology and globalisation. Firstly a displaced steel worker, or someone from the automotive assembly line does not easily transition to a social media manager, nor will their self-curated life on Instagram generate much income. Secondly they know that once their job has gone their chances of living the lifestyle they were accustomed to are very slim.

This weekend I’m out looking at cars. A quick look at some of the new vehicles on the market suggests driverless cars are not that far away. Many of the advanced features, albeit on makes and models beyond my scope, are already nudging close to the driverless car concept. Only the wealthy at the outset will be able to afford them. Whether the ownership or not of a driverless car becomes a class wedge that illuminates the burgeoning gap between rich and poor is yet to be determined, but you can be sure that blue collar workers whose livelihoods depend on driving for a living will be keeping a watchful eye on the future. It’s perhaps understandable then that this cohort in the US might want to look seriously at Trump. His slogan after all is somewhat backward looking. ‘Let’s make America great again’ could mean pushing forward or for many it resonates with simpler better days gone by. Days by the way we cannot get back. If you are one of the 2.5 million workers who currently drive for a living in the US you might just want to side with Trump.

Between now and November 8 when the Presidential race is decided we need to be less critical of the voters who are drawn to what, on the face of it, is a pretty distasteful, mean and shambolic Trump campaign. We also need to be mindful of the pollster gyroscopes that are out of whack. Reports of a Clinton landslide sound way too optimistic to me. Remember the Brexit pre-polling? In our own nation we need to become comfortable with the paradox of embracing those who voted for One Nation, but rejecting Pauline Hanson and all her party stands for. As Rob Bell much more eloquently puts it. ‘Why blame the dark for being dark? It is far more helpful to ask why the light isn’t as bright as it could be.’