One of my most memorable holidays is visiting Berlin with my daughter five years ago. She was 18 then and old enough to appreciate the architecture, history and art that is so evidently on display in this wonderful city. Berlin is a truly great European capital with a real buzz to it, added to by the knowledge that in living memory it was a divided city. The images of the Wall coming down stand on the shoulders of the infamous lines of Kennedy (‘ich bin ein Berliner’) and Reagan (‘Mr Gorbachev tear down this wall’) and are forever etched into my memory. So it was my daughter who came to mind when the Brexit happened last week, partly because it has been called the most important geo-political event since the fall of the wall in 1989 and partly because she is such an avid European.

I thought I would let the dust settle a little and allow myself some reflection time before postulating what lessons we can learn from the Brexit. I, quite possibly, have more invested than most Australians given I hold both an EU and British passport whereas my children only hold British Passports aside from their Australian passport. Barely had word of the result filtered through when I received a text from my generally very loving and supportive child. Here it is word for word (complete with emoji).

‘It makes me so angry and sad – like someone has taken away my rights or something. A generation who was given everything – free education, cheap houses to buy and golden pensions have voted for something they’re not even going to be around for which has closed off my generation’s right to live in 27 different countries. So many future opportunities, experiences, friendships and marriages that have been denied. I used to be really proud of my passport, now it feels completely worthless 😢’

For the whole weekend that followed I was pretty much glued to 24 hour British news soaking up the initial response of shock and disbelief, anger, despair and even defiance and jubilation. It has been fascinating to watch it unfold since. Fascinating not in the manner of an intricate story unfolding, but in a train crash kind of way – right before our eyes.

Here are my thoughts so far with the Brexit result not a week old:

Britain and Europe need to heal but to do so we all need to understand the grieving process. Elizabeth Kübler-Ross is the acknowledged expert on the grieving process having identified a common response she coined as the five stages of grief. She posited that there is a normally laminar pattern to dealing with loss, change, or trauma. 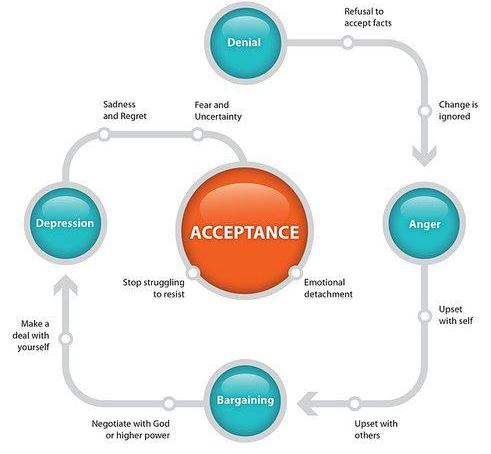 Following the Kübler-Ross cycle there is obviously a sense of denial with a number of voters saying that they actually didn’t want the result they voted for they just wanted a message to be heard. There has been anger and Britain is today a divided country with some of this anger showing itself on the street. There is bargaining too with some trying to get a second referendum and the Scots going hell for leather for one. There is depression on the way with a kind of funk settling above the UK as the reality finally dawns.

At some stage (and I’m assuming Boris Johnson is a big advocate of this step) there will be acceptance, when everyone comes to terms with what has happened. I have heard some commentators and pro-leave leaders say that the UK needs to just now all pull together to make the best of it; implying the nirvana they promised of a Great Britain unshackled by the bureaucracy of Europe making it free to soar, might somehow be put in jeopardy. I have some sympathy with this viewpoint but I also know that if people are not given the chance or space to heal then the wounds of Brexit become a festering sore. In stress terms we call this stickiness or the inability to let go. This causes regurgitation as the issue gets called back to front of mind again and again, like a toxicity that keeps on giving. Lesson One – UK needs time to heal – we all do.

Secondly there is a new divide in the UK. There was a real sense by some that the leave campaign had an element of racism running through it. There is I think a lot of truth to this and the support for leave by the arch-right UK Independence Party (UKIP) bears witness to this. I don’t think however the new divide is one around race. Nor do I see the division occurring around religion and Islamaphobia. Class runs deep in the UK with reasonably well defined boundaries between working middle and upper class. The vote leave success stories were without doubt in the more working class towns particularly of the north and midlands of England. Sunderland will now forever be known as the bellwether result that sent shivers down the quietly confident stay campaigners’ spines. Sunderland in the north east of England is as working class as you can get. But I do not see class as the great new divide. There is a potential for the north versus south divide to become a chasm. I don’t predict this either.

For me the new divide, as my daughter would attest, is old versus young. It would appear that the real differential in the voting patterns were demographic with three out of four younger voters (25 years and younger) overwhelmingly in support of remaining in the EU. Older people (baby boomers) were pretty much the same for leave. As my daughter rather pointedly texted this group with a dwindling stake in the future appear to have voted for some long-since faded notion of a Great Britain that wasn’t really ever that great in their lifetimes as it happened. Sure there were ‘two World Wars and one World Cup’ in victory terms but this is so in the past as to not be on the Gen Y radar. The  halcyon days of bygone eras are behind us. The UK needs to look forward. Lesson Two – We need to respect and embrace the hopes and aspirations of our young people. 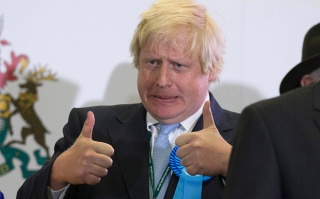 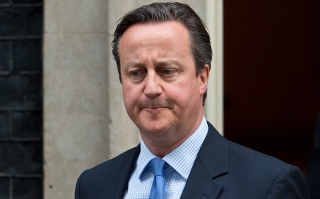 The final point for me is a comment on the status of politics in the national psyche. Even more so the lack of regard that the public appears to have at a meta level for politicians. This most tragically played out with the death of Yorkshire Labour MP Jo Cox. She, not Cameron, was the first victim of the Brexit and it is a real shame that her death did not galvanise the population into voting for a kinder more certain future. I heard more than one commentator in the aftermath of the Brexit debacle saying that the politicians need to listen to the people. I think the commentators got this wrong. Sometimes the will of the people isn’t right when it is whipped up by lies, half-truths, scaremongering and dog-whistling. When the majority of politicians said that the UK should remain in Europe perhaps it was time that the populace put their disdain for their elected leaders to one side and actually listened to them for a change. Leaders are after all, not just merely a conduit for the will of the people. Sometimes leaders have to make decisions in the best interests of and despite their constituents. To teach politicians a lesson because you don’t like them, means that you have to be prepared to live with the unintended consequences of your own decision. When you venture where no-one has been before (Article 50 of the Lisbon Treaty) you just might find fate has played a very cruel trick on you. Lesson Three – Be careful what you don’t wish for.

Without a doubt there are going to be very interesting times ahead. For those of us with dual citizenships we can only sit on the sidelines and hope for the best. In Australia we are shielded from this to some degree but the same degree of anger, resentment, futility and cynicism that is ascribed to British politics is very much at play in the Australian zeitgeist. Sounds like we too need a bit of healing à la Kübler-Ross. We’ll know just how much after this week’s general election.