I had the real privilege to attend a masterclass with Dan Siegel recently who is the author of the best-selling book Mindsight. It was a long day and you had to have your wits about you to keep up. Siegel, a psychiatrist by training, ranged over psychiatry, classical (Newtonian) and quantum physics with a dusting of philosophy and neuroscience thrown in for good measure. What is more remarkable is he held us in his thrall from 9am until 4pm without recourse to notes or a whole bunch of Powerpoint slides. Siegel is big on mindfulness and it was a timely attendance for me as we, last week, commenced an 8 week mindfulness course for all the staff. Not only that,  we have extended the invitation out to our tenants as well. It’s all part of the ‘wholehearted you’ approach that underpins our Buildfitness concept embracing body, mind, heart and self. 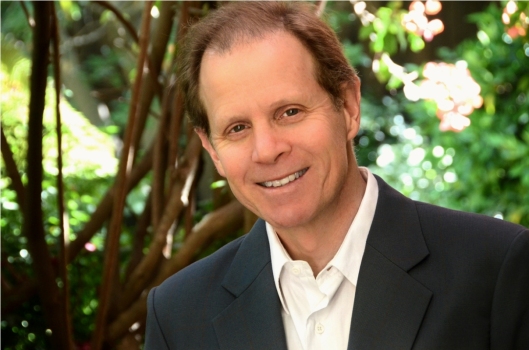 What I didn’t expect from a day with Dan Siegel was to consider my leadership style through the lens of physics. It would appear that basic rules of either classical or quantum physics apply to leadership and therefore management. Quantum physics is freaky stuff and you have to expand your mind to all sorts of possibilities when contemplating it. The Copenhagen Interpretation for example deals with a concept known as wavefunction collapse which, if my year 12 physics can hold up, is the notion that the act of measurement affects the system causing the set of probabilities to reduce to only one of the possibilities after measurement. Measurement and the human intervention whether by observation or equipment appears to distort the results. I’m not going to embark on holograms or string theory here not because it’s too hard to understand – it isn’t – but because it’s almost too freaky to accept.

Not in the same league as quantum physics, but also in the freaky and hard to believe category is the benefits ascribed to mindfulness. For mindfulness we can read meditation. According to recent studies mindfulness has all sorts of benefits both in the workplace and in our physical and mental well-being. In terms of keeping your brain alert and responsive those who have partaken in a regular meditation regimen have shown improvements over a control group in the three key areas of adjusted grey matter volume, sustained attention scoring and improved reaction time. For those with a penchant for measurement this data comes from the peer-reviewed journal Neurobiology of Aging (2007). In terms of stress reduction, studies have shown a significant reduction in stress in a cohort that was exposed to mindfulness training. The Consciousness and Cognition Journal (2010) showed an improvement in memory amongst a group who undertook mindfulness. In terms of sleep enhancement mindfulness again seems to be a bit of a miracle worker. Without medication it would appear the science tells us that you get improvements in sleep quality, efficiency, latency, daytime dysfunction and sleep disturbance frequency. In this case the research was from 2005 in the International Journal of Behavioural Medicine. It’s easy to surmise from this that it might also have a positive impact on mood and – sure enough – it does! In terms of depression markers these were significantly reduced in a cohort sample exposed to mindfulness practice. It doesn’t stop there folks. Mindfulness improves our immune system with more antibodies in the blood, as measured by antibody titers, following mindfulness meditation according to a study in Psychosomatic Medicine in 2003. Blood pressure, too, that’s in there. High blood pressure can be lowered and continue to improve with mindfulness according to the Alternative Therapy Health Medicine Journal in 2007. Similarly there has been shown to be improved glycaemic control in those suffering from Type 2 diabetes.

And here’s my favourite (given I’m on the wrong side of 50), mindfulness can reduce cellular ageing. A brief description of the ageing process might be in order here. Current thinking is that the shortening of our DNA telomeres is the reason we age. Ageing is dangerous. Aside from the fact it makes us less cool and wanting to dress like our Dad, about two thirds of all deaths are attributable to age-related conditions. Mindfulness has been shown to raise telomerase levels, the importance of which becomes obvious when we know that replaces telomeres. It’s thought that telomere length is associated with longevity and conversely that shortening of our telomeres ages us. Strangely though it appears that the opposite is true of rats…so next time that office two-face pops up look to see if they have crows-feet around the eyes. If you don’t believe me then the article by Elissa Epel et al  in the Annals of the New York Academy of Sciences in 2009. Epel is an Associate Professor from University of California San Francisco and her TEDMed talk is a real mindbender http://www.tedmed.com/talks/show?id=7252  (jump in about 5.00 minutes from the start). It may well get you thinking differently about psychological stress.

So next time you catch yourself watching some meaningless show on Netflix and wondering how you would ever get that 45 minutes back, just think that just a portion of that time (10-20 minutes) per day, rather than numb your brain will enhance it, plus enable you to live longer. After all longevity of life is about the only way to get back all that wasted Netflix time back!