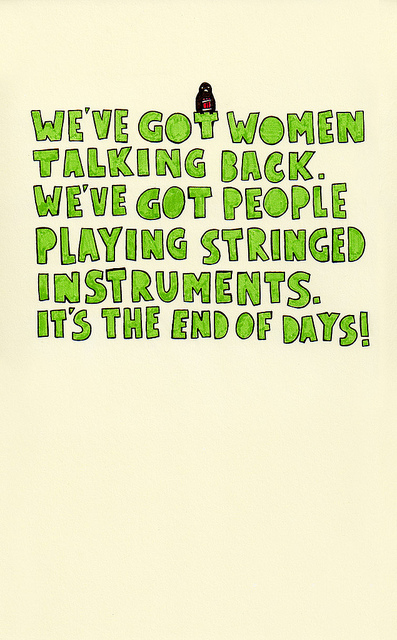 I’ve blogged about humour before – but not in the context of IS (aka IS, ISIL). It’s no coincidence that on the death of Robin Williams a short while ago, some extreme radicalised Muslims ranted against him and everything he stood for and wished him a speedy and long spell in hell. Not that Williams would ever be put off by such vitriol. Indeed he would see the humour in it and use that as his greatest defence. So it goes with humour. It is a great defender and also a great attacker. While the US, and the coalition they are building, are going in with jets, those with greater doses of jocularity are calling for ‘blondes – not bombs, brunettes – not fighter jets.’ Perhaps that is what is needed, more women in the fray? Certainly more humour is required.

In Australia, despite the 60 or so fighters we have fighting for the so-called terrorists (from roughly 500,000 peaceful and law-abiding Muslims), we are fortunately shielded from the direct impacts of the hate-filled havoc that the Jihadi fighters are bringing down. Yet we seem guilty of severe hyperbole when it comes to our reactions to a few incidents in our own backyard. We don’t see the same in the UK, for example, which has a far greater ‘heritage’ of terrorism on its own shores and a far greater involvement in Middle-Eastern and other conflicts than our own. It’s hard at times to square our self-congratulatory declarations about the unrivalled bravery and professionalism of our own troops, the savagery of the hit-ups in State of Origin (where there is an obvious exhibition of strength and bravery), AND the moral and emotional panic we get into at the sniff of any sort of homeland fracas. David Marr in his 2011 book Panic summarises the contradiction this scenario presents us. Such exaggerated responses cause the religious vilification and desecration of Mosques that we have seen recently; actions that shame us all.

We all need a dose of calming and there is no better way to deal with tension than the pressure release of humour. I was in England for many of the tragic losses of life including the 1987 Kings Cross Underground fire. Within hours of the tragedy, where 31 commuters died and 100 were injured, the Brits had a joke circulating. ‘Did you hear about the man who got on the tube at Leicester Square wearing a three piece suit and got off at Kings Cross wearing flares and a blazer?’ Sick maybe, but designed to take the sting out of the tragedy and to keep much-needed perspective in a time when emotions can run high.

The funny movie Four Lions about a hapless group of wannabe Mujahid probably did more to dampen the growing swell of anti-Muslim feeling in the UK in 2010, than any exhortation to live in harmony that the UK Prime Minister may have made at the time.  We should all pause for breath at the moment and reflect that Islam is a gentle religion when in the hand of the reasonable and forcing young and impressionable people towards unreasonable behaviour is ultimately counter-productive to us all. We should also remember that in the seat of Islam, Arabia, the people are imbued with an infectious humour and deep seated hospitality. Just Google Abu Abed jokes if you don’t believe.

What works in the geo-political sphere also often works in management. When it’s getting tense at work, or relationships are beginning to sour, the introduction of humour can be a welcome circuit breaker. Barely a day goes by now without some new reference to digital disruption. What about some much needed humour disruption to shakes things up in a good way? An excellent starting point is to not take ourselves too seriously and this should start at the top on the principle of  ‘a fish laughs from the head’. While some may cynically say that senior executives ARE a joke (Tesco ones in particular at the moment), it is hard to bring to mind a CEO who seems to be fun to be around (perhaps Branson and Stanley Bing aside). Getting the balance right between self deprecation and maintaining credibility can be a tricky task, but that’s no reason to avoid what could ultimately be a rewarding experience for all.